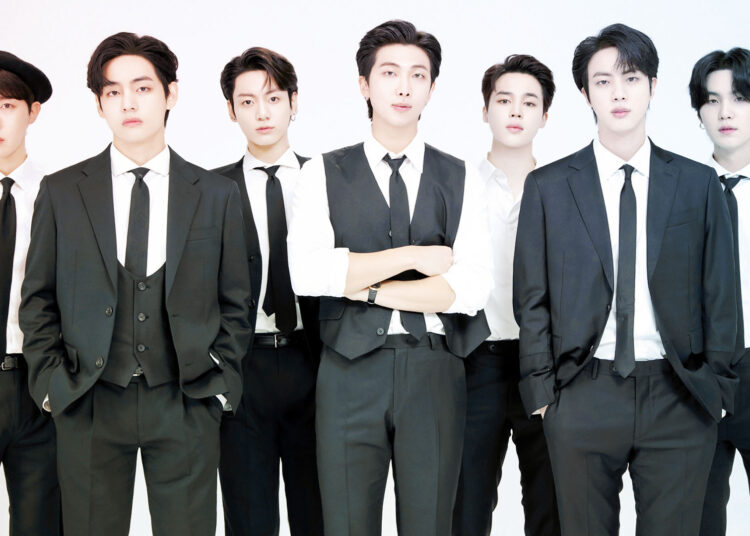 From the day of their debut till the present BTS has won many awards under different categories. It is one of the most famous boy groups in the music industry in South Korea.

Recently “People’s Choice Awards 2022” was held at the Barker Hangar in Santa Monica, California, U.S.A on December 6 in which the South Korean boy group BTS has taken home a lot of awards in their name.

The award show was attended by many celebrities along with BTS. In the award show, BTS won under three categories which include The Group of 2022, The Concert Tour of 2022, and The Collaboration of 2022.

After 2018 this is the third time that BTS has won the Group of the Year Award. The Concert Tour of 2022 was also won by BTS’s performance of “Permission to Dance on Stage.”

BTS and Other Stars like Taylor Swift, Harry Styles, and more, at the People’s Choice Award 2022.

BTS was identified earlier this month as the lone artist to secure two of Billboard’s Top 5 Boxscores of 2022 on the year-end charts. The group attracted 458,144 spectators to their 11 concerts, which they held from Seoul to Los Angeles and Las Vegas.

After winning the Group of 2022 and the Concert Tour of 2022 Award, BTS has also won the Collaboration of 2022 Award for the song “Left and Right” which was a collaborative work of BTS’s Jungkook and Charlie Puth.

The 48th People’s Choice Awards was hosted by Kenan Thompson for the second year. The show was telecasted live by NBC and Entertainment Television simultaneously.

On October 26, nominees for 40 categories in music, cinema, television, and popular culture were revealed. Other than BTS the popular celebrities who won awards that night are Taylor Swift, Harry Styles, and many more. Ryan Reynolds, who was given the People’s Icon of 2022 award, was one of the night’s biggest winners.

The group includes seven members in it, Suga, V, RM, Jin, Jimin, Jungkook, and J-Hope. With their studio album Love Yourself: Tear(2018), BTS became the first South Korean act to reach the top of the Billboard 200 and the first Korean group to receive a Gold certification from the Recording Industry Association of America (RIAA) for their single “Mic Drop”.

With their Grammy-nominated hit “Dynamite,” became the first all-South Korean group to top the Billboard Hot 100 and Billboard Global 200 in 2020.