One of the member of world famous band BTS's Jimin received death threats through social media.

by Roochi
Reading Time: 3 mins read
A A
3 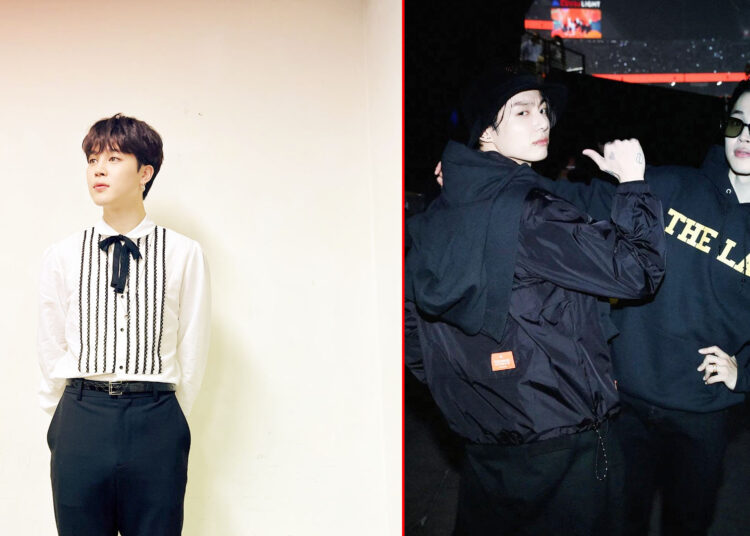 One of the members of the world-famous band BTS Jimin received death threats through social media.

South Korean singer and dancer Park Ji-min is also referred to as Jimin. He made his recording industry debut in 2013 as a member of the South Korean boy band BTS, on the Big Hit Entertainment label. With BTS, Jimin has released three solo songs: “Lie” in 2016, “Serendipity” in 2017, and “Filter” in 2020.

All of these songs have achieved success on the Gaon Digital Chart in South Korea. He also sang “With You,” a duet with Ha Sung-Woon, on the soundtrack for the 2022 TvN drama “Our Blues.”

BTS’s Jimin is receiving death threats from an anonymous user on social media. Sometimes for the superstars, it’s become very difficult to live their life. There will be people who adore and respect them but along with them, there will also be certain people who don’t like to see their progress. As a result, they try to take some filthy steps against the artist.

Here is What more BTS Jimin Shared about Death Threats.

The fans of BTS are called BTS ARMY. When it comes to the BTS ARMY, some choose to ship just one idol, while others prefer to ship OT7, and still, others adore shipping two idols simultaneously. One of the most well-known ships among them all is called Taekook, after Taehyung and Jungkook’s supporters.

A threat to Jimin’s life has been received. A tale with a death threat against the BTS member was submitted by an account with the username ‘vkookv’ 123. The user wrote, “I hope you hurt Jimin or his father at the concert.”

They continued by calling the member of the Bangtan Boys an “obstacle” and asserting that Jungkook dislikes him and prefers Taehyung nicknamed V. This is not the first time that a member of BTS has received death threats.

Earlier Taehyung aka V had also received it. V received life threats along with a picture of a gun. The threat stated that V and Jimin only had time until the Busan show.

Threats were made against V to keep him away from “Jikook’s Lives.” Jimin and Jungkook are referred to collectively as “Jikook” by fans. At this time, Jimin is also receiving similar threats. The threats have enraged anger among the BTS ARMY and they are worried for their star.