WB Games Avalanche has revealed a few of the voice artists for Hogwarts Legacy and the roles they play in the upcoming wizarding world RPG. 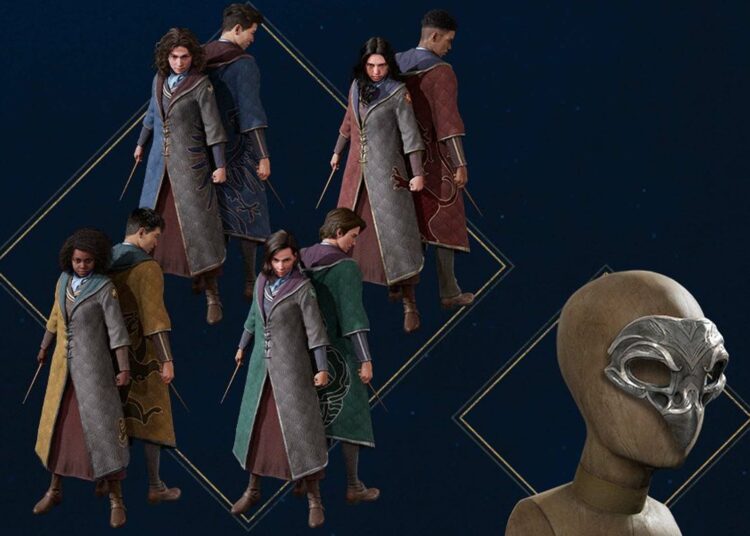 Are you curious to know about the voice cast of Hogwarts Legacy? If yes, then this article is for you. Well, WB Games Avalanche has revealed a few of the voice artists for Hogwarts Legacy and the roles they play in the upcoming wizarding world RPG.

The wizarding world of Hogwarts Legacy is home to a large cast of characters, all of whom are available for interaction with the player as they progress through the game. Some of these are immediately recognizable to players as part of the Potterverse lore, while others are new additions made particularly for the game. Learn more about the artists who provided the voices for various characters in The Hogwarts Legacy by reading on.

The first piece of information that was made public by WB Games Avalanche was that Simon Pegg would be providing the voice for the character of Phineas Nigellus Black. Phineas Nigellus Black is the great-great-grandfather of Sirius Black III, who is going to be the Headmaster of Hogwarts during the player’s time spent at the school. Pegg referred to the character as a “self-involved, cantankerous, slightly juvenile figure” in one of his descriptions.

Along with Pegg’s role as the Headmaster of Hogwarts, Lesley Nicol will play Professor Matilda Weasley in Hogwarts Legacy, according to WB Games Avalanche. Potter fans will be overjoyed to find a Weasley in the game, especially considering that the community manager gave a clue that “a Weasley or two” would probably appear in the game the year before.

Other Voice Cast Revealed Are

The following is a complete list of all of the voice artists and the wizarding world RPG characters for whom they have been revealed so far:

1. Professor Matilda Weasley will be voiced by Lesley Nicol

The Deputy Headmistress of the school, Professor Matilda Weasley, will represent another well-known family on the Hogwarts staff. Lesley Nicol, who you might recognize from her work on Downton Abbey and Amazon Prime’s The Boys, will provide the voice of Ron’s ancestor.

2. Avenclaw students Amit Thakkar and Mahendra Pehlwaan will be voiced by Asif Ali

Amit Thakkar will be voiced by Asif Ali, who is another clever as well as a well-read student at Ravenclaw who will help the protagonist.

3. Nearly Headless Nick will be voiced by Jason Anthony

Sir Nicholas de Mimsy-Porpington, better known as Nick, the Gryffindor house ghost, is jovial and engaging if a tad arrogant. If the Gryffindor player is ready to do him one small favor with a bit of rotting roast beef, he might be the key to assisting them in finding the information necessary to solve a huge mystery.

4. Everett Clopton will be voiced by Luke Youngblood

Luke Youngblood, who played the role of  Lee Jordan in the film series, will voice Everett Clopton, a Ravenclaw half-blood rule-breaker and troublemaker.

5. Professor Satyavati Shah will be voiced by Sohm Kapila

Sohm Kapila provides the voice of Professor Satyavati Shah, an astronomy professor. Professor Shah, who grew up in the Muggle world, is very interested in science and tends to lecture her students with long-winded and pompous sayings.

6. Professor Onai will be voiced by Kandace Caine

Professor Onai, voiced by Kandace Caine, was a brilliant Seer whose confidence in her vision was disturbed by the fact that she failed to predict the death of her spouse. She had previously taught divination at Uagadou, the largest wizarding institution in the world.

7. Mahendra Pehlwaan will be voiced by Asif Ali

Mahendra Pehlwaan, another Ravenclaw student, is voiced by Asif Ali. He is a muggle-born rule-keeper who has become so aggressive that even the instructors have grown tired of him.

8. Playable Avatar will be voiced by Sebastian Croft / Amelia Gething

Both Sebastian Croft and Amelia Gething provide the voices for the game’s customizable playable avatar, which allows players to become any witch or wizard they like.

9. Sorting Hat will be voiced by Jason Anthony

In order to determine which Hogwarts house will be the best fit, the famous Sorting Hat, a sentient, magical hat, considers information from the student’s past as well as input from the player.

Players will be able to modify the voice of their avatar in Hogwarts Legacy, allowing them to “polish their persona with the fullest detail,” according to the Wizarding World article on the game’s voice actor list. It has also been stated numerous times that players will have a great deal of control over the appearance of their character while they are playing the game.