Four new cast members are joining Season 2, and other Season 1 favorite are being promoted to series regulars. 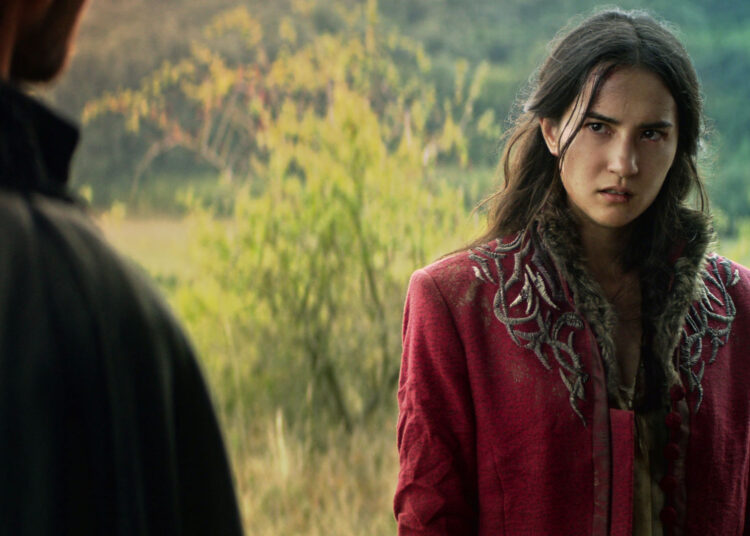 When Shadow and Bone debuted on Netflix in April 2021, it received immediate praise. It is an original fantasy series. The critically acclaimed series Shadow and Bone on Netflix starred Ben Barnes as the Darkling, and all during the first season, we were able to witness the world of the Grishaverse being brought to life on screen.

Two of Leigh Bardugo’s best-selling Grishaverse novel series served as the inspiration for the Television series. It’s not a surprise that many people are curious about the release date of the second season, given how well-received it has been by both the public and reviewers.

Given that the first season of Shadow and Bone has been available on Netflix for a year now, fans are eagerly anticipating Season 2. In fact, it has been almost a year since we learned that the second season would, in fact, be produced.

Shadow and Bone Season 2 has now finished filming. Following is a comprehensive update season 2 preview, which includes information on the new characters we may anticipate, the expected plot, recent casting news, a sneak peek at TUDUM‘s upcoming season 2, and the Netflix release date.

Unfortunately, there will be a considerable wait before the next season. Even before the world pandemic slowed down most large productions, the first season of the program was a massive production that was filmed in and around Budapest, Hungary.

Additionally, similar Netflix programs like The Witcher and Umbrella Academy have seasons that are separated by at least 18 months. The second season of Shadow and Bone will likely debut in early or mid-2023.

No cast members have been formally confirmed to return for Season 2 of Netflix’s Shadow and Bone, although it’s probable that Jessie Mei Li and Ben Barnes will do so to reprise their roles in the second season of the series.

The majority of the Season 1 cast is expected to return, but don’t anticipate casts whose characters have passed away to appear in the second season.

The first major announcement regarding the new season’s cast was made in January 2022. Four new cast members are joining Season 2, and other Season 1 favorite are being promoted to series regulars. The breakdown is given below:

1. Jack Wolfe will portray the role of Wylan Hendriks

2. Patrick Gibson will portray the role of Nikolai Lantsov

3. Anna Leong Brophy will portray the role of Tamar Kir-Bataar:

4. Lewis Tan will portray the role of Tolya Yul-Bataar

In addition to the four new actors, Danielle Galligan (Nina Zenik), Daisy Head (Genya Safin), and Calahan Skogman (Matthias Helvar), who were formerly part of the cast, have been promoted to the position of series regulars.

Also Read: Descendant Everything to Know About Netflix’s Documentary

Plotline Details Of the Series

At the conclusion of the show, our main characters Alina, Mal, Kaz, Inej, Jesper, and Zoya, have successfully escaped from the Fold, and the villainous General Kerrigan has been presumed dead.

Later, the two groups split up, with Kaz, Inej, and Jesper traveling to Ketterdam to deal with the adversaries who are after them for failing to capture the Sun Summoner and demanding their heads.

In order to escape the people who are after them and recruit allies, Alina and Mal set sail for a remote location. There, Alina will hone her abilities until she is powerful enough to destroy the Fold.

The second season of Shadow and Bone will probably focus on the second novel, Siege and Storm, given the first season was a faithful representation of the book of the same name. There are several storyline developments that would take place in the second season as well, but one important one is that General Kirigan survives and gains more strength.

It’s likely that Kirigan will continue to serve as season 2’s main opponent. According to the official summary of Siege and Storm, the second novel in the Shadow and Bone trilogy follows, “Alina will have to choose between her strength and the love she believed would always be her refuge, to preserve her homeland. No victory can be achieved without sacrifice, and only she is capable of facing the approaching storm.”

Is There A Trailer for Season 2?

Netflix released a brand-new Shadow and Bone Season 2 teaser during their Tudum 2022 virtual event in late September 2022. Two fan favorites are introduced in the 41-second teaser: Wylan, the sixth member of the Six of Crows, and Nikolai Lanstov, the Rakvan prince, who is played by The OA’s Patrick Gibson.

However, canonically speaking, in the chronology, he hasn’t yet met the other members. Below is a link to the Season 2 teaser for Shadow and Bone: