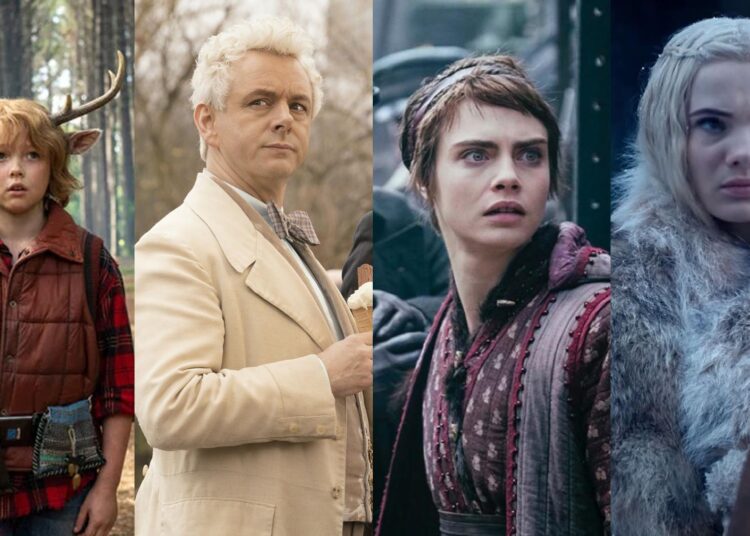 When the entire world was swimming in the cascade of Covid 19, a healthy earth without the mandatoriness of marks and sanitizer seemed to be a desirable fantasy only. The pandemic made us realize the meaning of apocalypse better than anything else.

Fantasy series and movies make more sense now, don’t they? This is why streaming services are always eager to present the best fantasy series to us. This article will walk you through the list of the most important fantasy television series that you cannot miss in 2023.

Lauren Schmidt Hissrich has created this fantasy drama series adapted from the same named book series by Andrzej Sapkowski. The plot is set in the Continent, a fictional land inspired by the medieval period.

The plot navigates the legend of a monster hunter or “witcher” Geralt of Rivia, Princess Ciri, and Yennefer of Vengerberg. Famed for portraying Superman Henry Cavill, Freya Allan, and Anya Chalotra have starred as Geralt, Ciri, and Yennefer respectively in the series.

The series first premiered on December 20, 2019, on Netflix. The third season was renewed in September of 2021 and is set to premiere in the middle of 2023.

The plot revolves around a woman named Moiraine who is a member of a powerful women’s organization that is seeking a reincarnated Dragon able to save the world and also destroy it.

Rosamund Pike has starred as Moiraine in the series. It premiered on November 19, 2021, on Amazon Prime Video. The second season was renewed even before the series premiere and is expected to be released sometime in 2023.

This neo-noir fantasy tv series is adapted from an unproduced film spec script by Travis Beacham, one of the two creators of the series.

The plot is set in a world in which mythical creatures have gathered in the city after fleeing from their war-torn homeland causing tension between them and the citizens. Amidst this, an investigator is trying to solve some dark mysteries including murders.

Primary cast members of the series include Orlando Bloom, Cara Delevingne, Simon McBurney, etc. The series premiered on August 30, 2019, on Amazon Prime Video. A second season was renewed in July of 2019 and is scheduled to premiere on February 17, 2023.

Eric Heisserer has developed this fantasy tv series adapted from the book series by Leigh Bardugo set in the fictional Grishaverse. The plot primarily follows an orphan woman Alina Starkov who is found out to actually be a Sun Summoner which means to have the ability to control light.

Now she is on her journey of escaping those who want to kill her while using her power to protect her homeland. English actress Jessie Mei Li is seen to be portraying the role of Alina in the series.

Jim Mickle has developed this fantasy drama series adapted from the same named comic book by Jeff Lemire. The plot is set in a post-apocalyptic world in which most of the human population has been wiped out and a new kind of hybrid baby who is part human and part animal is predominant.

Gus (played by Christian Convery), a half-human and half-deer ten years old is one such hybrid who is one of the main focal characters of the series.

The series premiered on Netflix on June 4, 2021, with getting renewed for a new season the next month. The next season is set to be released in 2023.

This American fantasy drama series serves as a sequel to the original same-named series of 1977 while maintaining continuity with that series.

The Legend of Vox Machina (Season 2)-

This fantasy series is an adult animated show which is based on the Dungeons & Dragons web series ‘Critical Role campaign. It premiered on Amazon Prime Video on January 25, 2022, with the second season scheduled to arrive on January 20, 2023. A third season has also been renewed on October 6, 2022.

A second season of the MCU series about the “God of Mischief” is coming on Disney+ in the middle of 2023.

This is a fantasy comedy series adapted from a same-named 1990 novel by Neil Gaiman and Terry Pratchett. Season 2 is expected to be released in the summer of 2023.