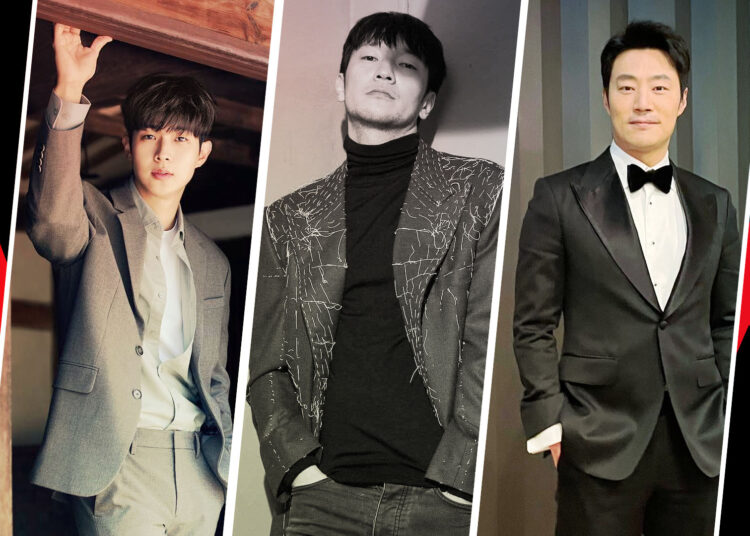 Lee Chang Hee, who helmed Strangers from Hell, will direct the Korean drama series Murder DIEary, which will be adapted from the webtoon Sarinjaonnangam and will release on Netflix.

Choi Woo Shik, who starred in the show Parasite, will play the lead role. Although filming has not yet begun, we will keep you updated on all the relevant information regarding Murder DIEary on Netflix.

The upcoming South Korean Netflix comedy thriller Murder DIEary was created by screenwriter Kim Da Min and directed by Lee Chang Hee (Strangers from Hell), both of whom are well-known in the film industry. The webtoon Sarinjaonnangam, which originated in Korea, served as the inspiration for this television series.

In order to understand everything related to the movie “Murder DIEary,” including the release date, cast, plot, and any other updates, you should read this article from beginning to end.

Murder DIEary’s release date has not yet been confirmed by Netflix, but we do know that it will happen sometime in 2023. It has been established that the anthology series Murder DIEary will consist of a total of eight episodes. The production of the series “Murder DIEary” has not yet begun.

The movie’s cast appears to have been carefully chosen, and each member is a wonderful fit for their respective part. We find it impossible to even fathom some other performers in these roles because of how well they performed.

Choi Woo Shik, who previously starred in Our Beloved Summer, is cast as Lee Tang, the series’ main character.

After appearing in the acclaimed blockbuster hit horror film Train to Busan, Choi Woo Shik established a solid reputation for himself. In addition, he played a leading role in the film Korean Parasite, which was nominated for an Academy Award.

Son Seok Koo, who will be immediately recognized to viewers of Sense8 as Detective Mun, has been cast in the role of Jang Nan Gam. Son Seok Koo has performed for Netflix in a number of other films besides Sense8.

These include My Liberation Notes, D.P., Be Melodramatic, and Designated Survivor: 60 Days. Another character by the name of Lee Hee Jeon has only appeared in an episode of Vincenzo for Netflix. However, he is most well-known for his roles in television dramas like Yoona’s Street, Chimera, Mouse, and The Queen of Office.

Lee Tang is the protagonist of the series “Murder DIEary,” and the tale centers on him. Lee Tang is a typical college student who, while working as a night clerk at a convenience store, becomes involved in a heated disagreement with one of the store’s customers.

In the heat of the moment, Lee Tang swings a hammer and accidentally murders the customer. Lee Tang, who is plagued by remorse and fear of murder, discovers one day that the victim he killed was a serial killer and gradually came to understand that he possesses a special ability to spot “evil seeds.”

He quickly develops into a villain who exacts revenge on those who have committed immoral crimes.

Who Is Choi Woo-shik?

Choi Woo-shik is an actor who was born in Korea but raised in Canada. He originally became well-known for playing the lead in the movie Set Me Free (2014). After that, he co-starred in the critically acclaimed movies Train to Busan (2016) and Parasite (2019).

In 2011, Choi made his acting debut in the historical drama The Duo. After taking on supporting roles, Choi was chosen to play investigator Park Min-ho in the crime drama Special Affairs Team TEN.

When the show was revived for a second season in 2013, Choi returned to his previous role. That same year, he made his big-screen debut. Choi performed a variety of roles in television shows in the interim.

Son Seok-koo, who also goes by the name Son Suk-Ku, is a well-known actor from South Korea. He became well-known for his parts in the TV series Matrimonial Chaos (2018).

Son was born on February 7, 1983, in the neighborhood of Taepyeong-dong, which is located inside the city of Jung-gu in Daejeon, South Korea. He began his overseas studies in middle school and continued them in both Canada and the US.

At the School of the Art Institute of Chicago, he double-majored in visual arts and film with aspirations of becoming a documentary filmmaker. Son made his acting debut in the 2014 movie Scarlet Innocence, and he has since acted in the films Black Stone (2016), Sense8 (2017), and Mother (2018).