For the second time in a year, Netflix's global fan event TUDUM made its premiere earlier this week on September 24, 2022.

by Om Prakash Kaushal
Reading Time: 7 mins read
A A
9 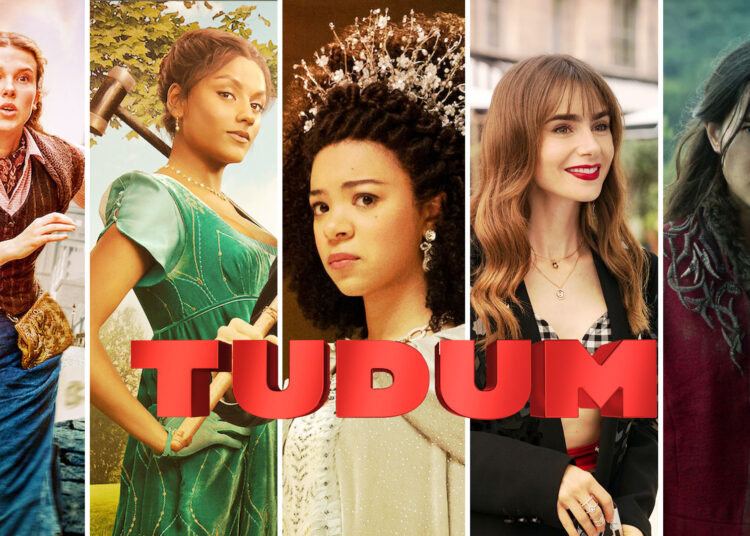 For the second time in a year, Netflix’s global fan event TUDUM made its premiere earlier this week on September 24, 2022. The program featured some intriguing revelations, announcements, and first looks at works that will soon be released on the streaming service. This virtual event is even larger than the first one from the previous year.

Over the course of five events that took place within a 24-hour period, Netflix provided its subscribers with exclusive trailers, clips, and announcements for more than 120 television shows, movies, and video games.

The event offered a tonne of wonderful announcements and first glimpses for fans to enjoy, including those for Alice in Borderland, Stranger Things, The School for Good and Evil, Wednesday, Outer Banks,  Bridgerton, The Witcher, Slumberland, Enola Holmes 2, Glass Onion: A Knives Out Mystery, and Emily in Paris, to name just a few of the several Netflix episodes and movies scheduled to be showcased.

Listed below are some of the most exciting event reveals and first glimpses.

As you continue through the article, you may learn more about each of the following events that took place during the event:

Millie Bobby Brown, who plays Enola Holmes, was the first guest to arrive at the Tudum event. She did so in order to give us a sneak peek at the second installment of the Enola Holmes series, which will have its first official trailer released in November of this year.

No Tudum would ever be complete without the Bridgerton cast teasing the audience in some way! While we were unable to get a first glimpse at the upcoming season, we were able to get a preview of the first column of Lady Whistledown’s third season. Oh, and we also learned the name of the season’s premiere episode.

Also Read: Bridgerton Season 3: All You Need To Know About The Show

Emily in Paris’ third season will release on December 21, 2022, according to a new announcement from Netflix made via Tudum. We were also given the first trailer for the forthcoming season in addition to the release date.

Also Read: Emily In Paris Season 3 All About The Streaming Of The Third Season!

Fans of The Umbrella Academy were treated to an all-new blooper reel filled with amusing outtakes from the third season, even if there was nothing new to reveal about the upcoming fourth and final season of the show.

Also Read: The Umbrella Academy Season 4 Get Ready for the Last Season.

Fans will get the opportunity to learn the untold tale of the US men’s Olympic basketball team, which was captained by Kobe Bryant, Dwyane Wade, Carmelo Anthony, and LeBron James in 2008, in the upcoming documentary The Redeem Team.

Fans can view a preview clip of the documentary that was presented at Tudum before it was released.

Netflix gave us our first look at Jennifer Lopez’s new movie, The Mother, which won’t be released until May 2023 but is about a lethal assassin who emerges from hiding to save the daughter she abandoned after the Tudum catastrophe years earlier.

The most popular show on Netflix, “Stranger Things,” was chosen to close out the United States section of the event.

Although there were no hints as to what will happen in the show’s last season, we did receive a funny season 4 blooper video.