Slumberland, the fantsay film is about to come with great cast as Jason Momoa as Flip! 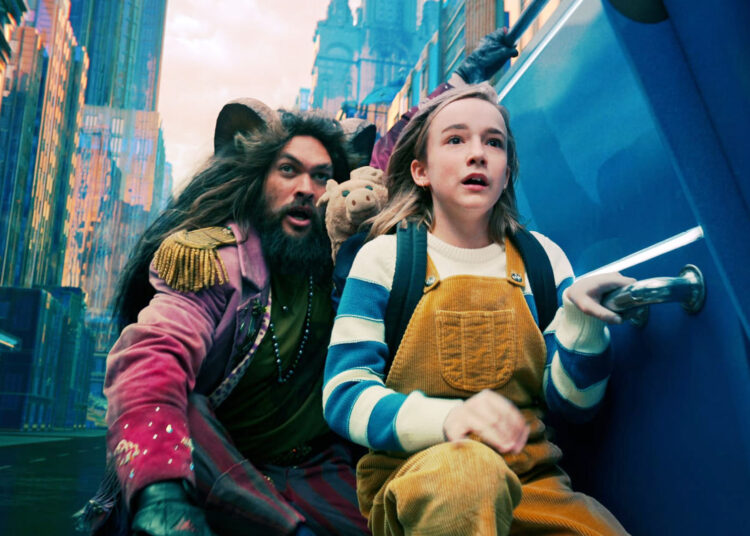 Fantasy and adventure is such a theme in any drama that has attracted a lot of audiences for sure. It is the unique characterization and plotting of these series that make them unique from others.

Apart from all these things the vision of these films is also up to the point. So talking about any fantasy adventure film then we are going to have some for sure in the upcoming days. Among them is Slumberland which is soon going to release.

The film called Slumberland has a lot of fantasy and adventure that one needed in any film. The film is directed by Francis Lawrence while the screenplay was written by David and Michael. It is based on a book called Little Nemo in Slumberland written by Winsor McCay.

Coming to the release date of Slumberland then we have a fixed date which is decided by the makers to go with. It is going to release on 18 November 2022 only on Netflix as they are the original network. The running time of the movie is going to fall between 110 to 120 minutes.

The film is about the dream world of Slumberland. In this dream world, a young girl named Nemo works with an outlaw just to see her father once again. In way of doing so, she needs a lot of adventures and deals with many problems. So to make her problems quite easy, we have a character named Flip who will be there with her.

The casting and characters of Slumberland are something that has been chosen very carefully. As per the posters, we can see that all the actors had done a good job and that is the reason why they have set well with their characters. So here are the details of the cast as well as their characters for Slumberland:

Coming to the product then it was on 3 March 2020 that the leading actor was confirmed for the film. The filming has also started but it got postponed because of the pandemic. Later on, it started on 18 February 2021 and finished on 19 May 2021.

The poster of Slumberland got released in which we can see the leading character Nemo sitting on her bed while in the background we can see the moon and stars and water. Jason Momoa was also there in the poster but on the reflection of the waters.

You can watch the teaser below.