Blackman wanted to conclude the saga in a The Umbrella Academy season 4 and final season before the renewal was made public.

by Deepak Jediya
Reading Time: 4 mins read
A A
1 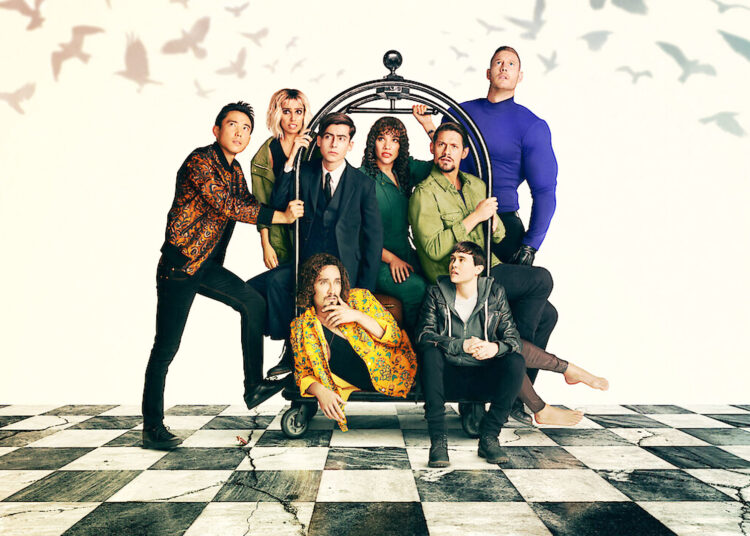 Here is What Steve Blackman Says about The Umbrella Academy Season 4.

Blackman wanted to conclude the saga in a The Umbrella Academy season 4 and final season before the renewal was made public.

According to Blackman’s statement to the Hollywood Reporter, “I kind of understood the show’s four seasons before I started this thing. I haven’t thought of anything further than that, but I’ve sort of stuck to a course.

So, I have a really clear idea of what season four might be like. It should be equally as insane as the previous seasons—what a struggle being powerless presents for these superheroes and this family.

TheWrap was also informed by the Umbrella Academy creator. “I don’t want to keep going over the same ground we’ve covered before in the coming year. It’s difficult to conceive of a fresh approach to undermine this plot, but I believe we have an idea of how to accomplish it.

However, I believe that if we made it to season four, the show’s run would come to a fantastic conclusion. I’m not saying I couldn’t do more, but four seasons would, in my opinion, be very rewarding for the public.

Who will Return in Season 4?

All of these performers have signed up with Netflix, including Colm Feore (Reginald Hargreeves), who will play the Big Bad, according to the season 4 announcement.

Since there’s always a chance that characters who died in earlier timelines will come back, Genesis Rodriguez as Sloane and Jordan Claire Robbins as Grace are two other beloved cast members who might make a comeback.

There is a possibility that the other members of the Sparrow Academy—Justin Cornwell as Marcus, Britne Oldford as Fei, Jake Epstein as Alphonso, and Cazzie David as Jayme—will also appear if Sloane does make a comeback. It would also be fantastic to have Javon “Wanna” Walton (opens in new tab) return in some form.

There isn’t a season four trailer for The Umbrella Academy as of August 2022, unless you want to ask Five to go through some time-loopy post-apocalyptic crazy to discover it.

We believe that filming has not even started yet, therefore we are still quite a ways off. However, we’ll be sure to let you know as soon as it appears on our timeline.

Keep an eye on things, and as soon as we learn more, we’ll update this.