BTS member Jin to Collaborate with Coldplay for His Upcoming Single?

Jin's collaboration with BTS on three solo songs, "Awake," "Epiphany," and "Moon," have achieved success on the Gaon Digital Chart in South Korea. 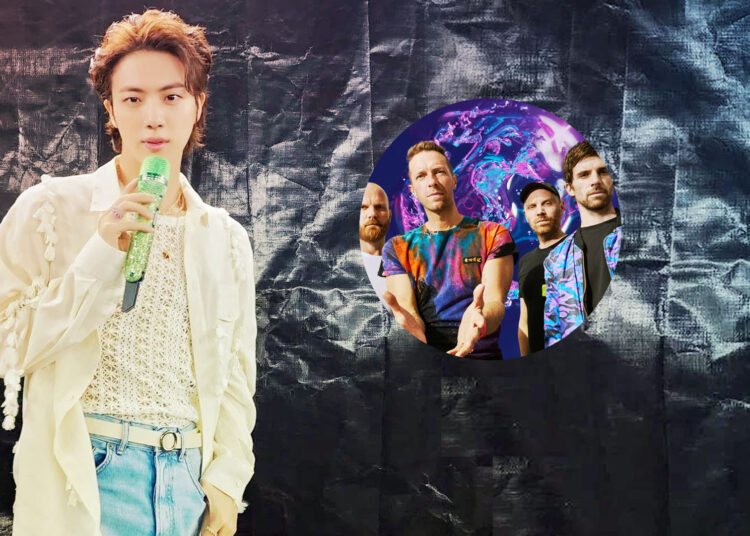 Jin, one of the members of the k-pop boy band BTS, is a South Korean singer and songwriter. The release of Jin’s solo album this month has been confirmed. Although the singer is soon going to join the military enlistment, his single might be released before he joins it.

Previously, at BTS’s World Expo 2030 Busan Korea concert, Jin personally disclosed his intentions to release solo songs with an unidentified partnership. A BIGHIT MUSIC official stated on October 18 that “Jin would release his solo single at the end of October.”

Given their strong affinity, there has been significant conjecture about whether the collaboration is with the British rock band Coldplay. The agency stated in a statement: “Further information, including the precise time and day, the collaboration, and more, will be made available. Please be understanding as we ask.”

“The Astronaut, the debut solo song from BTS member Jin, will be made available on October 28, 2022. We hope that “The Astronaut” will be a present to each and every one of you because it was written with such love for the fans”, the organization released a statement.

The statement was made on the fan forum Weverse on Tuesday night by the BTS management company BigHit Music. Jin, who will be 30 in December, will start the enlisting procedures as soon as obligations relating to the release of his solo album are fulfilled.

After Jin, the rest of the members of BTS will also be enlisted in the military for their service. Along with this BigHit Entertainment also informed that the group again will come back in 2025 after the military enlistment is over.

Alongside bandmate V, he also made an appearance on the 2016 soundtrack for Hwarang: The Poet Warrior Youth. Kim’s falsetto and emotional range as a singer have garnered favorable reviews.

In addition to singing, Kim hosted a number of South Korean music shows from 2016 to 2018. Together with his bandmates, he received the fifth-class Hwagwan Order of Cultural Merit from the President of South Korea in 2018 for their contributions to Korean culture.