After J-Hope, BTS's Jin announced that he is going to release his single. 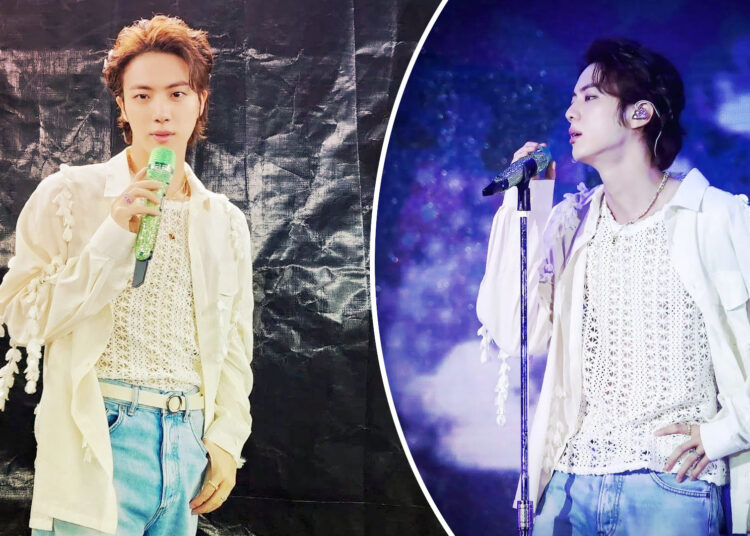 The South Korean singer, the songwriter, and one of the members of the k-pop band BTS, Kim Seok Jin, famously known as Jin recently announced that he is going to come up with a solo album.

After J-Hope, the eldest member of BTS, Jin is going to drop his solo album. On October 15, Jin personally informed his supporters that his debut solo single album would be released soon, much to their delight.

In Busan, BTS performed their highly anticipated and lauded concert, BTS Yet to Come in BUSAN. The septet performed in style during the over 2-hour concert, which started at 6 pm KST (2:30 pm IST) and featured a newly curated repertoire along with energizing performances and their trademark fierce stage presence.

The concert was essentially “free,” and the BTS ARMY attended from all over the world both in person and via online streaming services where it was broadcast live for them.

At the end of the concert, Jin surprised his fans by announcing his upcoming single. He announced, “Finally, I want to share something with you. After J-Hope, I ended up being the second BTS member to release my solo album.

It’s only a single; it’s not even a big album. I’ll be releasing a new song because I was able to collaborate with someone I’ve always truly admired. I hope you’ll appreciate everything because I’ve recently recorded a lot of various things and I still have a lot of stuff to film.”

This will be Jin’s first solo project since BTS announced in June 2022 that they were temporarily pausing their group activities to focus on their individual projects. Thousands of fans, however, came out to the open-air concert in Busan on Saturday night when the band reunited.

All of the BTS members have recently released joint albums. J-Hope released his solo album, Jack, In The Box in July 2022, and the lead singles were “MORE” and “ARSON.” On September 22, he made his joint project with rapper Crush, “Rush Hour.”

On the other hand, Jin has collaborated with BTS to write and release three solo songs: “Awake” in 2016, “Epiphany” in 2018, and “Moon” in 2020. All of these songs have achieved success on the Gaon Digital Chart in South Korea.

Jin’s debut solo song, “Tonight,” was made available digitally in 2019. Along with bandmate V, he also made an appearance on Hwarang: The Poet Warrior Youth’s 2016 soundtrack.