Jin, the member of BTS achieves a huge success in his name. 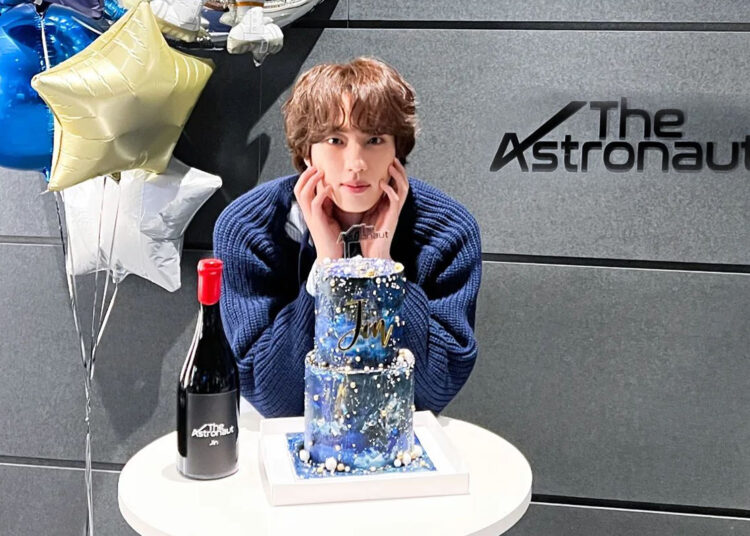 The South Korean singer and songwriter has achieved great success in his name. He has become the third soloist to be a million-seller. Jin is one of the members of the world-famous South Korean boy band BTS.

The group has lots of records and achievements in its name and now one of the members of the group has added another star to their galaxy of success.

The song “The Astronaut” released on October 28, 2022, which was a collaboration with Coldplay has achieved huge success.

BigHit Entertainment on November 18, officially announced that the solo album of Jin “The Astronaut” had sold 1,024,382 copies according to Circle Chart (formerly known as Gaon Chart) data.

The song was co-written by Coldplay. This success made Jin the third soloist to have recorded over a million copies sold of his album “The Astronaut” in the history of the music chart.

More About BTS Jin’s The Astronaut.

The other two artists who had been on this spot are EXO’s Baekhyun and trot-ballad singer Lim Young Woong.

Following them, Jin becomes the third person to come on the list. Coldplay has previously collaborated with the group, BTS on the song “My Universe” but as an individual collaboration “The Astronaut” was the first song to be worked on with Jin.

The song, “The Astronaut” is all about Jin’s affection for and relationship with his fans. It uses a repeating cosmic motif that both the band and singer enjoy using, as proven by earlier songs they have composed, to explore themes of connection and love.

Kim was ranked as the 13th most popular idol overall in 2019 according to statistics gathered by the analytics company Gallup Korea. Kim worked with Nexon as a special game developer for MapleStory in August 2022.

In honor of his 29th birthday and as a gift to his fans, Kim dropped the short song “Super Tuna” on December 4, 2021.