BigHit entertainment requests fans not to gather around in order to avoid the crowd related issue on the day of Jin's enlistment. 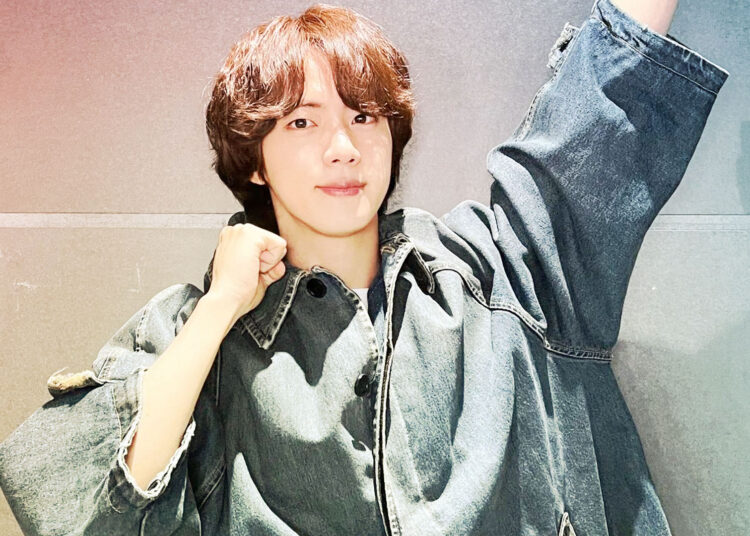 Jin is the eldest member of the South Korean boy band BTS. As per the reports, Jin is going to join the military services on December 13. In October 2022, he officially made his solo debut with the release of the song “The Astronaut.”

Earlier the news of Jin going for military enlistment was all over the news but now BTS’s agency BigHit Entertainment has officially confirmed that the eldest member of the group, Jin will be joining the military services this month.

The official statement given by BigHit Entertainment is as follows:

This is BigHit Music.

We would like to express our gratitude for your ongoing support of BTS and provide you with an update on Jin’s impending military enlistment.

Jin will join the army to serve the required amount of time in the military. Please be aware that on the day of his recruitment, there will be no official event.

Military members and their families are the only people allowed to attend the entrance ceremony. We kindly encourage fans not to attend the place in order to avoid any potential crowding-related problems. Instead, we urge that you savor these sentimental words of encouragement and goodbye in your hearts.

Additionally, we caution you against suffering consequences as a result of purchasing illicit tours or product bundles using stolen artist IP. Any attempts at commercial activities that make unlawful use of such IP will be met with appropriate action from our organization.

Until Jin completes his military service and returns, we kindly ask for your ongoing love and support. We will work to give him any assistance he requires during this period on behalf of our organization.

Although in relation to the date BigHit Entertainment has commented that it is difficult to confirm.

In 2018 in recognition of their contributions to Korean culture, he and his bandmates received the fifth-class Hwagwan Order of Cultural Merit from the President of South Korea.