Avengers: Secret Wars Release Date, and Everything You Need to Know

The film Avengers: Secret Wars will be released in theatres one year after Avengers: The Kang Dynasty, as confirmed by Marvel CEO Kevin Feige at San Diego Comic-Con 2022. 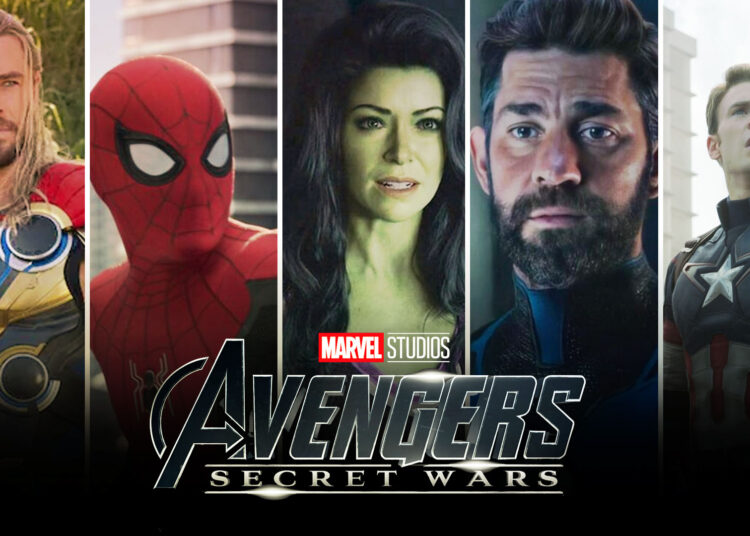 The recently revealed sixth Avengers film, Avengers: Secret Wars, will conclude Marvel Phase 6 and the Multiverse Saga. The film will be released in theatres one year after Avengers: The Kang Dynasty, as confirmed by Marvel CEO Kevin Feige at San Diego Comic-Con 2022.

The plot takes place on the planet Battleworld, where the most formidable Marvel superheroes and villains engage in an epic battle. The fight leads to timelines being distorted, odd character arcs, and even new outfits being worn by the characters.

We can certainly anticipate an explosive film, even though we don’t yet know how much of it will be inspired by the comic book arc. Scroll down to view everything that we currently know about the upcoming film Avengers: Secret Wars.

It was announced by Feige during the Marvel panel at the 2022 San Diego Comic-Con that the release date for Avengers: Secret Wars has been pushed back to May 1, 2026.

The movie was initially scheduled to be released on November 8, 2025. With Avengers: The Kang Dynasty scheduled to debut just six months earlier on May 5, we were expected to have not one but two new Avengers films in the same year. However, a change in the Marvel timetable has now moved the two movies to the next year.

The head of Marvel also claimed that the increased production from Marvel, which includes the MCU series on Disney Plus, decreases the need for a new Avengers film to be released every year.

This makes sense, given that Avengers members Hawkeye and Wanda, as well as the Avengers-adjacent character Loki, were each given their own solo show. Each Disney Plus show has established lore and canon that is incorporated into the MCU and larger film endeavors.

Who Is The Director Of Avengers: Secret Wars?

Avengers: The Kang Dynasty is being directed by Shang-Deston Chi’s Daniel Crettin, but it has been said that Marvel is seeking a different director for Avengers: Secret Wars.

The change is significant for the Marvel cinematic universe because the Russo brothers directed Avengers: Infinity War and Endgame, in contrast to Joss Whedon, who directed the previous two Avengers films.

The two are presently expanding the world of The Gray Man for Netflix, which will probably occupy the majority of their time. Thus, the director of the film will be announced later.

Nevertheless, a writer for the film has been found: Michael Waldron, who wrote the scripts for Doctor Strange in the Multiverse of Madness and Loki, has been chosen to write the film’s screenplay.

Also Read: Marvel’s Ironheart Everything You Need to Know

The Casts Members of the film

There is no information on the cast of Avengers: Secret Wars because it will release so long from now. However, Thor, Miles Morales, Peter Parker, She-Hulk, Fantastic Four, and a host of other characters appeared in the 2015 Secret Wars comics, which the film appears to be strongly based on.

It’s also plausible that Robert Downey Jr. and Chris Evans may reprise their roles as Iron Man and Captain America, respectively, given that all possible worlds exist in the Multiverse.

There have been two notable Secret Wars storylines in Marvel comics. The first one debuted in 1984 as part of an alliance between the comic book publisher and toy company Mattel with the goal of launching a line of toys alongside a significant crossover event in the comics.

The first Secret Wars is thus regarded as the first official Marvel crossover event, with the 12-issue series advertised as the ultimate clash between the Marvel Universe’s most powerful heroes and villains.

The Beyonder, a villain in the plot, kidnaps our heroes and imprisons them on the planet Battleworld, where they are forced to fight other villains in what seems to be an endless conflict.

The plots of many characters are significantly changed, including Spider-Man, whose well-known all-black outfit turns out to be a living alien symbiote that first tries to take over Peter’s head before joining Eddie Brock and becoming Venom.

The basis for this plot has already been established. The Earth-838 Doctor Strange from Doctor Strange and the Multiverse of Madness throws an incursion that obliterates both his universe and another.

The Multiverse as a concept is now well-established thanks to the sequel to Doctor Strange and Spider-Man: No Way Home, both of which featured several versions of Peter Parker in their stories.

Is There A Trailer For Avengers: Secret Wars?

Not yet! Marvel has only unveiled a logo for the upcoming film as of yet, and given that it is not scheduled to be released until late 2025, a trailer is not likely to be released any time soon.