Kit Harington to be Black Knight?

Fans are anticipating that Kit Harington can be back as Black Knight in Avengers: Secret Wars. He was last seen as Dane Whitman in Marvel's Eternals. 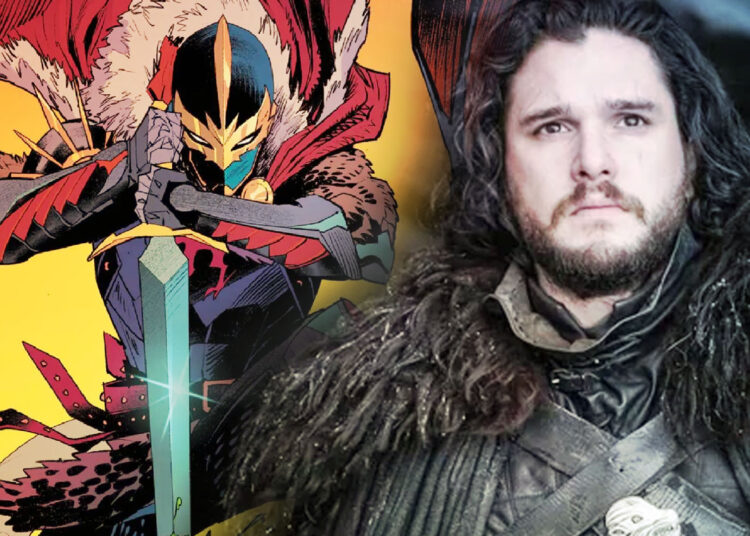 News is flashing on the internet that everyone’s favorite Jon Snow from Game of Thrones aka Kit Harington has been cast by Marvel to appear as the Black Knight in Avengers: Secret Wars.

Is this news just a rumor? Or is it actually true? If it’s true, when will fans be able to see Kit all dressed up as Black Knight? Read the article further to get your answers.

A LITTLE ABOUT ‘BLACK KNIGHT’

Marvel enthusiasts are believing that Kit Harington will be back as Black Knight in Avengers: Secret Wars. Here’s a little brief of who Black Knight is.

Kit Harington underwent his first Marvel project after he played the role of Dane Whitman in Eternals. The movie ends with a post-credit scene where Dane is seen opening a mysterious box with the self-calming words, “You can do this. You can do this.”

And when he opens it, a big silvery sword is what the audience sees. But it’s not like any other sword out there, it comes with a remark: Death is my Reward. Dane picks up the sword and it whispers, “Sure you’re ready for that, Mr. Whitman?” The sword is Blade.

According to comics, Dane Whitman is Black Knight who occupies the Blade as his family heirloom. The Blade i.e. the sword protects its wielder from death. It has been in his family for a long time.

Will Kit Harington Be Black Knight In Avengers: Secret Wars?

Kit Harington rose to fame after playing the role of Jon Snow in Game of Thrones. And now, he was seen in Marvel’s Eternals as Dane Whitman aka Black Knight.

Marvel hasn’t announced a solo movie for Black Knight which has left the fans disconnected. In an interview with Josh Horowitz, Kit shared that he personally isn’t unaware of what Marvel is planning with his character in the future as he hasn’t heard from the team as of now.

After the most awaited Spiderman: No Way Home, everyone has realized how secretive Marvel can be when it comes to declaring stuff. So, it might be possible that Kit is keeping his mouth shut.

Fans will have to either wait for Marvel’s official announcement or for the Secret Wars if they want to see their favorite Kit Harington as Black Knight (if the rumor is true).