BigHit Music Asks Fans Not to Send Letters and Gifts to BTS’ Jin.

BigHit Music asks fans not only to refrain from sending letters and gifts but also not to visit on training graduation day. 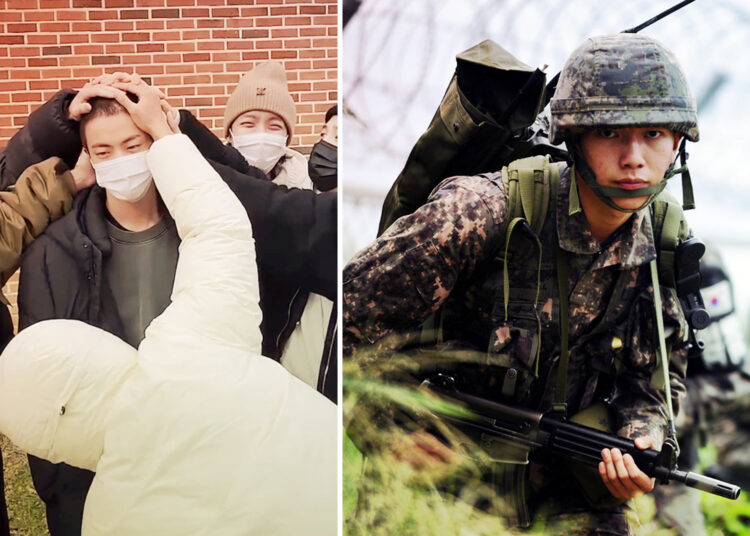 Jin, the eldest member of BTS is currently completing his military enlistment. The fans are showing their love for the icon in all possible forms. The fans were sending letters and gifts to their idol.

Although the love shown by the fans was heartwarming since the letters and gifts were immense in number it was difficult for them to store them.

BigHit MUSIC, on January 5, released an official statement regarding the fans sending letters and gifts to their idol. The agency asked the fans to refrain from sending those to the training camp.

Here you can read the Statement shared by BigHit Music Not to Send Letters and Gifts to BTS’ Jin.

This is BIGHIT MUSIC.

We appreciate all of the support that BTS fans have shown over the years. BTS member Jin has joined the military and is currently acting responsibly at the training camp thanks to your thoughtful consideration and support. Jin enlisted in the military in December.

We appreciate your support and attention on the day of his enlistment. For supporters to be aware of while Jin is serving in the military, we would like to give some more information.

Along with other regular military soldiers, Jin is stationed at a training facility created exclusively for military training.

It would be challenging to store and easy for them to get lost if a big quantity of letters and gifts from the fans arrived at the center all at once. We kindly request that you not mail anything to us.

Using the help of BigHit MUSIC, Jin will be able to read all the kind comments that fans post on Weverse with the hashtag #Dear_Jin_from_ARMY.

Even after he completes military recruit training and is assigned to his military base, kindly refrain from sending letters and gifts.

Additionally, we would like to request your cooperation during Jin’s recruitment training graduation. We kindly encourage fans not to visit the place in order to avoid any problems that could arise from crowding. We instead ask that you hold your kind words of encouragement and goodbye in your hearts.

Until Jin completes his military service and returns home healthy, we kindly ask for your ongoing love and support. We will work to give him all the assistance he requires at this time on behalf of our organization.