Taeyang and Jimin to Collaborate for a New Song.

With a teaser image, Taeyang announced his collaboration with Jimin for an upcoming digital single. 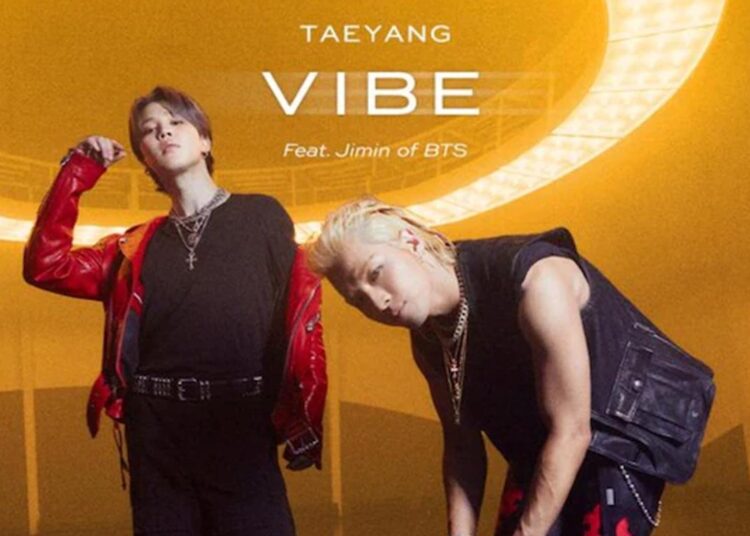 The collaboration between the two Taeyang and Jimin has been officially confirmed as the Black Label has unveiled the teaser image of the upcoming digital single “Vibe” on January 4.

The two singers are seen posing together in the teaser image. The expression on their face and the gaze in their eyes are perfectly matching with the title of the single ‘Vibe’.

The upcoming single will be Taeyang’s first solo release in the last six years. The digital single will be released on January 13. Since it’s one of the big collaborations in the history of K-pop, the fans are eagerly anticipating the release of the single.

Also Read: Ciara Was Seen In Silver While Performing On New Year Eve!!

As a solo artist, Taeyang made his debut in 2008 with the release of his first extended play, Hot. His second studio album, Rise (2014), became the highest charting album by a Korean solo artist when it debuted at number 112 on the US Billboard 200.

His first solo chart-topper on the Billboard K-pop Hot 100 was the album’s lead track, “Eyes, Nose, Lips,” which peaked at the top spot. At both the 29th Golden Disc Awards and the 2014 Mnet Asian Music Awards, “Eyes, Nose, Lips” won the Song of the Year award.

All three songs have reached the top 100 on South Korea’s Gaon Digital Chart. Along with the other BTS members, President Moon designated him the Special Presidential Envoy for Future Generations and Culture in July 2021 to “advance South Korea’s diplomatic efforts and worldwide status” in the international arena and “lead the global agenda for future generations.”

Jimin’s “Promise,” his debut solo track outside of BTS, was made available on BTS’ SoundCloud page for free on December 30 which broke the record set by Drake’s “Duppy Freestyle” for the biggest 24-hour debut in history.