The program centers on a group of talented young ghost hunters as they engage in combat with lethal ghosts at their amateur startup business, Lockwood & Co. 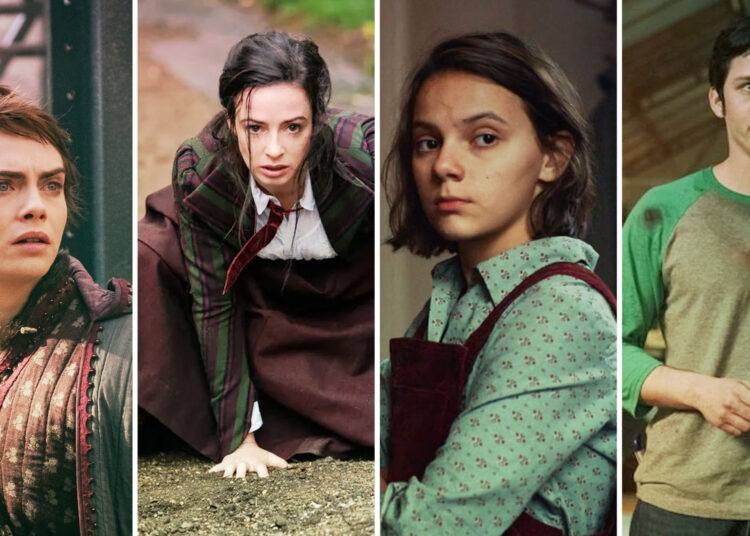 Lockwood & Co. is a brand-new British detective thriller that was written and directed by the same person who was responsible for Attack the Block. Joe Cornish’s forthcoming series is based on a series of children’s books of the same name by author Jonathan Stroud, and it will be his first foray into television.

The program centers on a group of talented young ghost hunters as they engage in combat with lethal ghosts at their amateur startup business, Lockwood & Co. Continue reading to learn about ten shows similar to Lockwood & Co.

Parallels is a French science-fiction and fantasy streaming television series that follows the lives of four teenage friends who are touched by a physics experiment that cracks spacetime and sends their lives in different ways.

It was created for the Walt Disney Company by Damôn Films and Empreinte Digitale. On March 23, 2022, the show made its global debut on Disney+ in France, the US, and other nations.

A fantasy drama television show entitled His Dark Materials is based on the Philip Pullman trilogy of books of the same name. It is made by HBO and Bad Wolf for BBC One, with New Line Productions handling worldwide distribution.

The program centers on Dafne Keen’s character Lyra, an orphan who is searching for a lost companion and uncovering an abduction scheme involving an ethereal substance called Dust.

The Nevers is an HBO science fiction drama television program that was produced by Joss Whedon.

The show is made by HBO and Mutant Enemy Productions, and the executive producers are Joss Whedon, Philippa Goslett, Ilene S. Landress, Jane Espenson, Doug Petrie, and Bernadette Caulfield. The first episode of the series was broadcasted on April 11, 2021.

In the series, mythical creatures are forced to endure human society as oppressed refugees as a detective tries to solve murders.

Tom Moran is the mind behind the drama/thriller television series The Devil’s Hour, which is broadcast in the United Kingdom on the BBC and is executive produced by Steven Moffat via his production company, Hartswood Films.

The six-episode series had its Amazon Prime Video debut on October 28, 2022. The show got picked up for a second and third season in November 2022.

A man and a woman travel independently to a strange island at various periods, and the series follows their respective travels.

Based on the 2011 movie of the same name, Hanna is a U.S. action drama that is currently available on Amazon Prime Video. The show stars Esme Creed-Miles and Mireille Enos, and it was produced and written by David Farr.

The first season’s entire eight episodes were released in its entirety on March 29, 2019, and the second season followed on July 3, 2020. The program received a third and final season renewal in July 2020.

The teens gather in the library at midnight hour each day to share ghost tales that feature love, tragedy, and terror. The Midnight Club is a young adult novel that elegantly and tragically tells the story of a group of people coming of age while coping with the concept of the supernatural.

Mark Duplass and Jay Duplass are the creators of the American television anthology series Room 104. The first episode of the series was broadcast on HBO on July 28, 2017.

The entire series takes place in a single room at a roadside hotel in the United States, and each episode focuses on a different collection of characters who visit that room. Each episode features a distinct genre, including comedy, horror, and suspense.

David Weil is the creator of the American streaming conspiracy drama series Hunters. The first episode was released on Amazon Prime Video on February 21, 2020.

The show was given a second and final season in August 2020, and it will begin airing on January 13, 2023. It centers on a varied group of Nazi hunters in 1977 New York City who learn that numerous Nazi officers who have escaped are plotting to establish a Fourth Reich in America.