List of must-watch television series that you might watch while waiting for the release of Jack Ryan Season 4, as the wait is going to be a bit long. 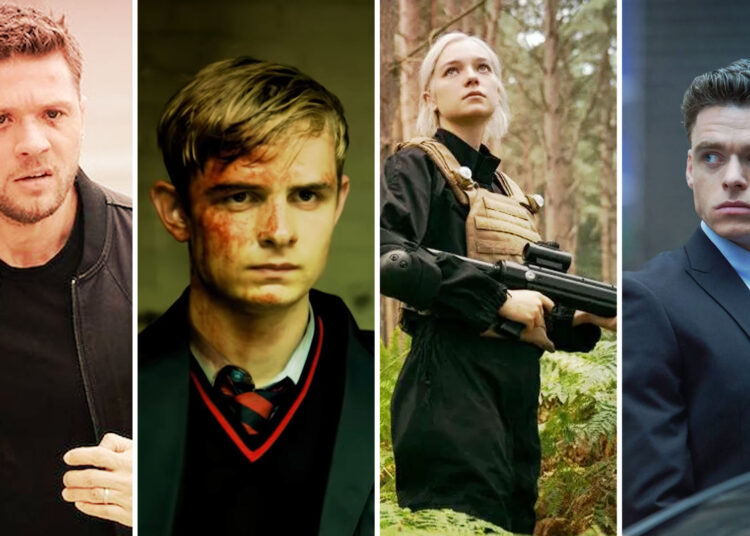 Jack Ryan Season 4 will be the final season of the series, however currently there is no update on the series, so we thought we should share the Top 10 TV Shows you must watch while you are waiting for the Season 4 of the series.

‘Tom Clancy’s Jack Ryan’ is a political action thriller series based on the characters of Clancy’s Ryanverse. Jon Krasinski portrays the role of former Marine officer as well as Afghanistan veteran Dr. Jack Ryan in the series.

Following is the list of some other television drama series that you would like to watch if you are a fan of ‘Jack Ryan Season 4’.

Also Read: Top 10 TV Shows Like Another Self Season 2

This is an action drama series adapted from the same named 2011 movie. The plot revolves around a fifteen years old girl Hanna who was raised in a forest. She was born out of a program of the CIA whose aim was to create super-soldiers and now is chased by the CIA as she was rescued from the program after her birth.

Now she herself is on the journey of getting to know her true identity. The series contains both coming-of-age and thriller elements.

Esme Creed-Miles has starred as the titular Hanna in the series that ran from February 3, 2019, to November 24, 2021, on Amazon Prime Video.

David Budd is a man suffering from PTSD and Julia Montague is the Home Secretary whose politics Budd opposes. The series depicts controversial issues including government politics of intervention, monitoring and regulating private information, etc.

Richard Madden and Keeley Hawes have starred as Budd and Montague respectively in the series. It won a number of accolades and ran from August 26 to September 23 of 2018.

This action thriller series is adapted from the same named 2018 novel by Jack Carr. The plot revolves around James Reece whose entire platoon of Navy SEALs gets ambushed forcing him to return home.

But there he discovers new evil forces working to bring him down and also the ones he loves. Chris Pratt can be seen in the lead role of Lieutenant Commander James Reece in the series that premiered on July 1, 2022, on Amazon Prime Video.

The Looming Tower – Number of Seasons: 1

This miniseries is adapted from the same named Pulitzer Prize owner book by Lawrence Wright published in 2006.

The plot navigates the rise of the threat caused in the late ’90s in America by Osama bin Laden and al-Qaida and the effort of the FBI and CIA to defeat them as well as their mutual rivalry which in a way unintentionally made the attacks of 9/11 easier.

The counter-terrorism divisions of the two organizations are presented in the series as they often are found to be fighting for superiority, but always moving towards a common goal. The series ran from February 28 to April 18 of 2018 on Hulu.

This is a conspiracy drama series the plot of which revolves around a team of Nazi hunters’ effort to hunt down 1977 hundreds of high-ranking Nazi officials in New York City who have been conspiring a new genocide.

The plot of this action crime series revolves around a veteran military police investigator Jack Reacher who gets falsely accused of a murder compelling him to enter civilian life.

Alan Ritchson has starred as the titular Jack Reacher in the series. The series premiered on February 4, 2022, on Amazon Prime Video.

The plot revolves around an apparently ordinary teenager Alex Rider who turns into a spy by the M16 and discovers skills that he never imagined he had made him an extraordinary spy who is able to infiltrate places that others can not get into.

Otto Farrant has starred as the titular Alex Rider in the series. The series premiered on June 4, 2020, on Amazon Freevee in the United States and the United Kingdom and on Amazon Prime Video in other regions.

This is an American drama series adapted from the same named 2007 movie and the first three of Stephen Hunter’s Bob Lee Swagger novel series.

The plot revolves around a former ex-Marine sniper Bobee Swagger who is forced back to the job after his ex-commanding officer solicits his skill in a clandestine operation only to find out that he has gotten involved in a fatal operation related to his past.

In From the Cold – Number of Seasons: 1

The plot of this spy thriller series revolves around a divorced mother (played by Margarita Levieva) getting back to her job of being a Russian spy. The series premiered on January 28, 2022, on Netflix.

This military drama is about the elite unit of the USA’s Navy SEALs and it premiered on September 27, 2017, on CBS.