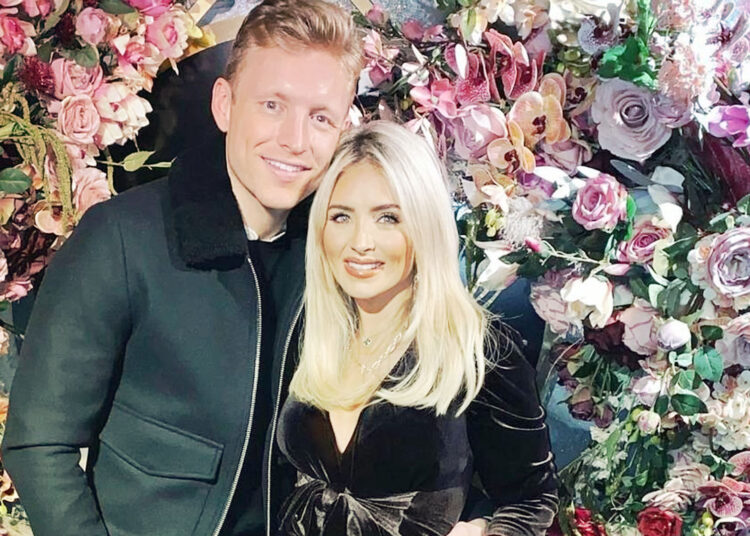 Famous footballer Josh Wright’s Instagram celebrity wife, Hollie Kane recently announced that the couple is expecting a second baby. The news first came from Hollie’s Instagram. Read the article further to know everything about it.

The renowned footballer and brother of Mark and Jess Wright, Josh Wright is expecting a second child with his wife in Spring 2023. The couple is already blessed with a baby boy, Joshua James who is 10 months old. And now, Joshua’s sibling will be born pretty soon.

Hollie posted a short video where her family is having an adorable time together. In the video, we can see the magical vibes of Christmas. The pregnancy is announced through the sonogram image of her upcoming child.

Her 10-month-old child, Joshua, is playing with the sonogram. At the end of the Instagram reel, Hollie shows her baby bump. It won’t be untrue to say that the post is breathtakingly beautiful.

Under the caption of her post, Hollie Kane Wright wrote, “We have been keeping a very special secret….

Over halfway and we can not wait to meet you @joshwright4444 ♡

Under the caption, Hollie said that the couple has been keeping this a secret but now, they can’t keep it anymore. She added that they are halfway through giving birth to their second child and cannot wait to announce the birth of the upcoming baby to their audience.

The brother of Josh Wright, Mark commented “We go again.” Their sister Jessica Wright commented, “Just the sweetest and the best. We can’t wait.” Their mother, Carol Wright wrote, “That’s so amazing another one to join us all, I’m so excited.” The father of the upcoming baby, Josh commented, “Love you.”

About Josh Wright and Hollie Kane

Hollie Kane and Josh Wright married after dating each other for quite some time. The couple got engaged in 2017. They decided to wait until they became parents. That is why the couple had their first child in 2022.

Josh and Hollie gave birth to Joshua on 22nd February. He was born a month before they expected him to enter this world.

We sincerely congratulate the couple on their pregnancy and wish them all the good luck for their family’s future life.