Making a horror TV show is undoubtedly more difficult because each episode needs to be frightening and compelling on its own while also serving as the season's overall narrative. 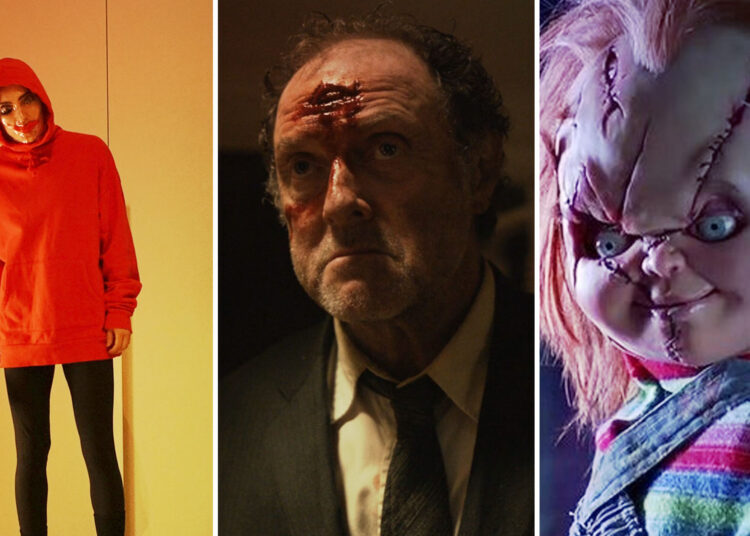 There isn’t a better way to kick off the month of December than by viewing some horror shows on television, especially considering that December is right around the corner. Here we’re with 10 Horror TV Shows of 2022!!!

Horror TV shows have become quite popular in 2022, despite the fact that horror movies still hold the record for terrifying audiences most effectively. After all, experiencing episodic horror is entirely different from its counterpart in movies.

Making a horror TV show is undoubtedly more difficult because each episode needs to be frightening and compelling on its own while also serving as the season’s overall narrative.

The horror genre features a wide range of themes, including cannibalism, zombies, self-referential slashers, and demonic possession. The following is a list of some of the most outstanding horror shows in 2022.

Also Read: Top 10 TV Shows Like The Recruit of Netflix

Don Mancini is the creator of the American horror television series Chucky, which is based on the Child’s Play film franchise. It is the eighth installment in the Chucky film series and a sequel to the seventh film, Cult of Chucky.

In the series, Chucky is discovered at a yard sale, and later, killings start to happen all around the town, revealing long-buried mysteries. The fact that the show has a lot to offer is one of the key components that contribute to its popularity.

From is an American television series that was produced by John Griffin and is based on science fiction and horror. The debut of Season 1 occurred on February 20, 2022, on Epix.

Both the story and Perrineau’s performance earned overwhelmingly favorable reviews from critics. The show was given a second season renewal in April 2022.

From follows the residents’ effort to lead normal lives as they attempt to withstand the hazards posed by the nearby woodlands in a town where anybody who enters is imprisoned.

The Duffer Brothers are the creators of the American science fiction horror drama television series Stranger Things. The series, which is primarily set in the made-up town of Hawkins, Indiana, in the 1980s, focuses on a number of mysteries and paranormal occurrences in the area and how they affect an ensemble of young and adult characters.

The storyline is full of unexpected and creative turns, which is exactly what fans look for in a good story.

Similar to the ominous television show Black Mirror, CW’s Two Sentence Horror Stories premiered in 2019 and combined numerous short stories into an anthology for each episode.

The tv show explores the audience’s imagination by acting out scenarios that make them wonder what they saw and how it relates to the real world. Two Sentence Horror Stories contains a variety of spooky tales, making it suitable for both short scares and hours of tension.

The American supernatural horror streaming television series known as Archive 81 was created by Rebecca Sonnenshine, who also served as one of the show’s executive producers alongside Paul Harris Boardman and James Wan.

On January 14, 2022, the series became available to watch on Netflix. The thrilling drama with its otherworldly elements is what made this excellent podcast television adaption a hit among viewers.

It includes eight modern horror stories written in the Gothic and Grand Guignol traditions. Del Toro contributed to the writing of two of them, while other writers and directors were responsible for the other four.

American Horror Story, which debuted on television in 2011, has become one of the most well-known horror television shows. It has completed nine seasons, and each one is an interconnected anthology that tells a different story.

For example, one season may center on a murder home, while another may be about a vampiric hotel based on the Cecil Hotel in New York. The show vividly portrays society’s biggest anxieties, bringing them to the fore in a captivating manner that compels viewers to consider the possible outcomes for the globe.

The show centers on Sean and Dorothy Turner, a Philadelphia couple who hire Leanne Grayson to care for their young son Jericho, a reborn doll, in the first season.

The pair experiences unusual and unsettling events as a result of Leanne’s visit.

Evil, a supernatural drama on Paramount+, premiered in 2019 and was made by Robert and Michelle King. The story follows a psychologist, played by Katja Herbers, and a priest-in-training, played by Mike Colter, as they collaborate to establish rational explanations for supernatural occurrences that take place within the church.

Fans love this three-season tv show because of the great script and music that create a thrilling mood for the audience.

Mike Flanagan and Leah Fong are the brains behind the American horror mystery-thriller series The Midnight Club, which is available on streaming services.

The series takes place at a hospice and focuses on a group of eight young adults with terminal illnesses who call themselves “The Midnight Club.” They get together every night to share terrifying stories with one another.

It has the main narrative and frequently shows those stories on screen.