Here is the list of the Series you must give a try if you like Gossip Girl Season 2. 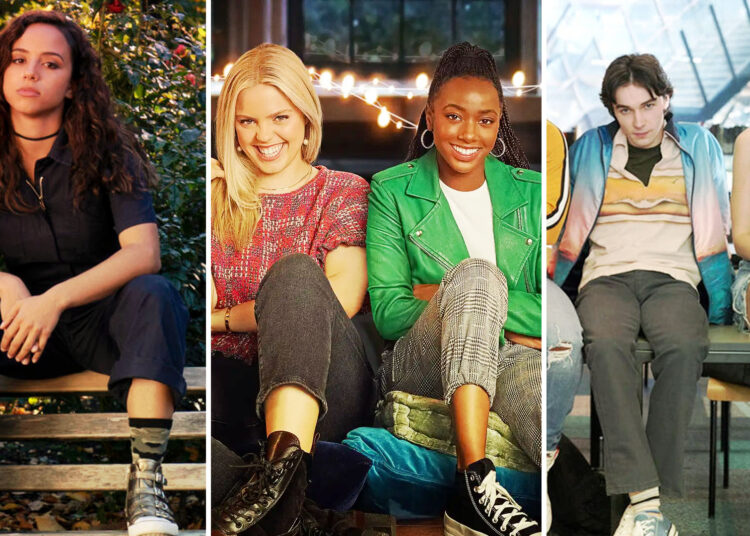 Gossip Girl Season 2 was released recently on December 1st, 2022, and here we’re with the Top 10 TV Shows you should watch if you like the series.

Joshua Safran has developed the American teen series Gossip Girl which is the reboot of the same named series which ran from 2007 to 2012. The present series serves as a standalone sequel of the original series that was adapted from Cecily von Ziegesar’s novel series. The new series premiered on July 8, 2021, on HBO Max.

Kristen Bell has reprised her voice role as the Gossip Girl from the previous series. In this new series, a new group of high school students in Manhattan is at the center of the plot. More adult content and more diverse cast members are used in the new series.

The first season was released in two parts with the second part released on November 25, 2021. The second season was renewed in September of 2021 and is set to release on December 1, 2022.

Following is the list of tv series which are similar in theme to Gossip Girl Season 2.

Laurie Nunn created this British comedy series that revolves around a number of teenagers studying in the fictional Moordale Secondary School. At the center of the plot is a socially awkward teenage boy Otis Milburn who has the ability to help others by giving them s*x advice and a troubled but intelligent and rebellious teenage girl Maeve Wiley.

Asa Butterfield, Gillian Anderson, Emma Mackey, Aimee Lou Wood, Simon Ashley, and Ncuti Gatwa are some of the cast members of the series. The series premiered on January 11, 2019

13 Reasons Why teen drama series is adapted from the same named novel by Jay Asher published in 2007. The plot began with high school student Hannah Baker’s suicide and the aftermath of that as she leaves a box of cassette tapes recording the reasons for her decision to a classmate Clay Jensen.

Dylan Minnette and Katherine Langford portrayed Clay and Hannah respectively in the series. It ran from March 31, 2017, to June 5, 2020, on Netflix.

The Sex Lives of College Girls- Number of Seasons: 3

Mindy Kaling created this teen comedy series that revolves around four freshmen roommates studying in Vermont’s fictional Essex college and going through the hardship of college life and their s*xually active lifestyle.

F.R.I.E.N.D.S. is a television series that needs no introduction. ‘Friends‘ has outlived through decades and still continues to be one of the most loved series of all time creating characters to which viewers keep relating to.

Rachel, Ross, Monica, Phoebe, Joey, and Chandler live a close-knitted life navigating through career and relationship struggles. The series ran from September 22, 1994, to May 6, 2004, on NBC.

One of Us Is Lying- Number of Seasons: 2

One of Us Is Lying is also a teen drama series adapted from Karen M. McManus’ same-named novel of 2017.

The plot revolves around an incident in which a high school student dies suspiciously after he joins detention with four other students. The series premiered on October 7, 2021.

The Bold Type- Number of Seasons: 5

The Bold Type is Sarah Watson’s comedy series revolving around three millennial women who work in New York City at a global women’s magazine ‘Scarlet’. The series ran from June 20, 2017, to June 30, 2021, on Freeform.

This teen drama series is based on Giora Chamizer’s Israeli tv series ‘The Greenhouse‘. The plot revolves around a private boarding school for gifted future leaders in which Alex Woods and Hayley Woods are enrolled as they gradually get involved with their other classmates in a mysterious mission.

Trinkets is a teen drama series adapted from the same named novel by Kristen Smith published in 2013. The plot primarily revolves around three teenagers with very different abilities and qualities who become friends at a Shoplifters Anonymous meeting.

Heartbreak High is an Australian comedy series that is the reboot of the same named 1994 series. The plot revolves around Hartley High’s students and teachers as they are depicted navigating racial tensions and other teen struggles including high school romance.

Their lives change forever as they get influenced by other aspects of life besides the academy. Their personal relationship also develops with the inclusion of Amy and Bernadette in the group. The series ran from September 24, 2007, to May 16, 2019, on CBS.