List of must-watch Turkish television series if you enjoyed watching 'Another Self', and you are waiting for the season 2 of the series. 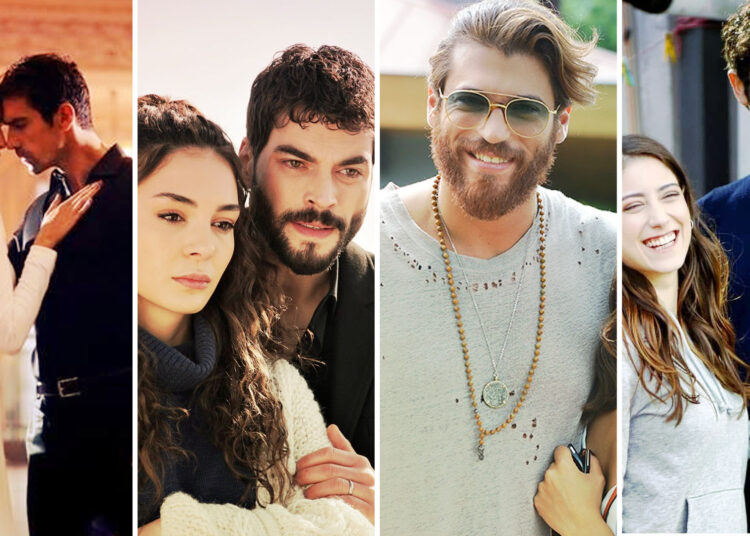 Another Self Season 2 is all set to be released in July 2023, and here is the list of Top 10 TV Shows Like the Series you must watch once.

‘Another Self’ is a Turkish drama series created by Nuran Evren Sit. The plot revolves around three women who are very close friends with each other.

In a seaside town, as they take part together in a therapy session, they learn to cope with the past trauma that their families have cast upon them. The three friends are Ada, Leyla, and Sevgi.

The primary cast members of the series are Tuba Büyüküstün playing Ada, Seda Bakan playing Leyla, and Boncuk Yılmaz playing Sevgi. The series premiered on July 28, 2022, on Netflix and is currently awaiting Another Self Season 2 to arrive.

Following is the list of a number of other Turkish television series that you should give a try if you enjoyed ‘Another Self’ Season 1.

This is a Turkish tv series the plot of which revolves around a young woman named Sanem. She is an aspiring writer and works at the grocery store of her father.

But when her parents force her to choose between arranged marriage and a suitable job, Sanem becomes compelled to join an advertising agency where she finds love and much more drama.

This is a Turkish television series the plot of which revolves around a successful businessman named Ferit and a gastronomy student Nazli whose lives cross paths.

Ferit is an extremely organized person who does not tolerate mess in his professional as well as private life. And Nazli is on the lookout for a job to cover the expenses of the home she stays in.

Özge Gürel and Can Yaman have started as Nazli and Ferit respectively in the series. It ran from July 4 to December 31 of 2017.

This is a Turkish teen comedy-drama series. The plot surrounds a group of teenagers and their beloved teacher as the teenager’s team up to help the latter find love so that she does not leave the town and while doing that they also find the courage to become the real themselves.

The plot of this Turkish romantic drama series surrounds a mysterious man named Miran and a young wealthy woman Rayyan. Reyyan who belongs to a very powerful family falls in love with Miran only to find out the dark motives behind everything happening to her.

The Turkish title of this romantic drama series is  Siyah Beyaz Aşk. The plot revolves around a doctor named Asli and a mafia leader Farhat. After Asli accidentally helps Farhat, she finds out that Farhat wants to kill her and Farhat finds out that Asli has a brother in the police.

Considering all these complications, Ferhat gives Asli a final choice between her life and marrying him. İbrahim Çelikkol and Birce Akalay have starred as Ferhat and Asli in the series respectively. It ran from October 16, 2017, to May 28, 2018.

The plot of this Turkish drama series surrounds the lives of Reyhan and Emir as they find love in a forced marriage Reyhan is the niece of Emir’s father who forces both of them to marry each other.

Gökberk Demirci and Özge Yağız can be seen playing the roles of Emir and Reyhan respectively in the series. It premiered on February 18, 2019.

The Turkish title of this series is ‘Kara Para Aşk’. It also starred Tuba Büyüküstün as the lead character. Its plot surrounds a series of crimes like smuggling, kidnapping, and murder which brings the lives of detective Ömer and young artist Elif near one another as a common enemy starts harming both of their loved ones.

The plot of this Turkish drama revolves around the life struggles of a poor young girl named Filiz, played by Hazal Kaya, who finds herself in the tough situation of being the only one to take care of five younger siblings. The series ran from September 14, 2017, to May 23, 2019, on Fox.

The plot of this Turkish drama revolves around a girl’s quest to seek justice and bring punishment to her rapists.

This Turkish romantic drama series is about two people who are in love but struggling to build a secure relationship. The series ran from March 26 to November 12 of 2016.