List of the must-watch Romanic TV Show that are scheduled to be released in 2023, you should watch with your partners. 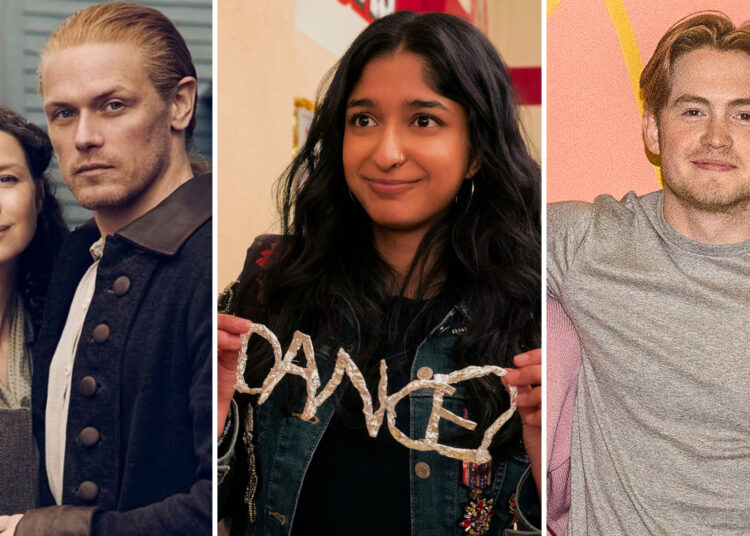 Romantic series that we watched in the year 2022 has not ceased to cast their effects on us yet and already the renewed new seasons of a number of our favorite romantic dramas are scheduled to arrive in 2023.

Though most of them have yet not received any accurate premiere date, it is expected that they are going to be released sometime in 2023. The article will walk you through the most important romantic series that you will get to see in 2023.

Also Read: Top 10 TV Shows Like Aggretsuko Season 5, While you wait for the series.

Here is the list of the Top 10 Romantic Television Series of 2023:

Chris Van Dusen created this historical romance tv series adapted from the same-named book series by Julia Quinn. The plot of this series is set in the Regency era of London and revolves around the Bridgerton siblings and the people they make friends with on the way as all of them navigate love and life through their struggles and success.

The first season showed huge success in terms of viewership only to be surpassed by the second season. Penelope Featherington and Colin Bridgerton are set to be the central couple of the upcoming third season which is also a promising hit. The series gained admiration for depicting the female gaze. The third season, though has not received any release date yet, is expected to arrive on Netflix in 2023.

The Summer I Turned Pretty (Season 2)-

This coming-of-age romantic drama series is adapted from the same-named novel trilogy by Jenny Han. The plot centers around a girl named Belly whose summer vacation turns into something special when she finds herself amidst a love triangle between two brothers leading to her experiencing first love and first heartbreak.

Lola Tung has starred as Belly in the series that premiered on June 17, 2022, on Amazon Prime Video. A second season was renewed even before the series premiere. It is scheduled to be released in 2023.

This critically acclaimed coming-of-age rom-com series is based on the same named webcomic and graphic novel by Alice Oseman.

The plot primarily revolves around the relationship between two high school students Charlie Spring and Nick Nelson while also depicting their friends’ lives every now and then.

Joe Locke and Kit Connor have starred as Charlie and Nick respectively in the series. The first season released on April 22, 2022, and the second season is likely to be released in 2023 on Netflix.

Darren Star created this hit rom-com series on Netflix. The plot revolves around Emily Cooper, an aspiring marketing executive, whose life changes when she comes to Paris for work purposes.

Love, heartbreak, and culture crash present Emily with new perspectives, new fashion, and new friends and lovers. Especially the Gabriel and Emily’s chemistry is what the viewers have been waiting for the most.

The series premiered on October 2, 2020, with the fourth season being renewed in January of 2022. Season 4 is scheduled to release in 2023 on Netflix.

Viewers are all set to welcome back Maeve and Otis as the fourth season of this critically acclaimed and popular British comedy-drama series is scheduled to return on Netflix in the middle of 2023 after being renewed on September 25, 2021.

Though a number of cast members including Simone Ashely, Tanya Reynolds, Patricia Allison, and Jemima Kirke have exited from the series, ‘Sex Education‘ is sure not to disappoint viewers. The series first premiered on January 11, 2019, on Netflix.

This romantic drama series is adapted from the same named novels of Sherryl Woods. The plot follows three women from South Carolina, best friends from childhood, as they navigate through romance, family, and the career life by helping each other.

JoAnna Garcia Swisher, Brooke Elliott, and Heather Headley have starred as the three friends in the series. It premiered on May 19, 2020, on Netflix. A third season was renewed in May of 2022 which is expected to be released in 2023.

Outlander Season 7 of this historical drama series starring Caitríona Balfe and Sam Heughan in the lead roles, adapted from the same named novels, is scheduled to be released in mid-2023.

Never Have I Ever 4th and final season of Mindy Kaling and Lang Fisher‘s rom-com drama series about an Indian-American high school student’s navigation through love and trauma is scheduled to arrive in 2023.

Netflix‘s drama series adapted from the same named novel by Kristin Hannah, after being premiered on February 3, 2021, and returned on Netflix on December 2, 2022, with the first part of the second season. Firefly Lane Season 2 Part 2 will release on June 8, 2023.

This rom-com series, based on Robyn Carr’s same-named novel series, is expected to return on Netflix in 2023.