List of the must-watch drama series that is all set to release in 2023 you need to watch once. 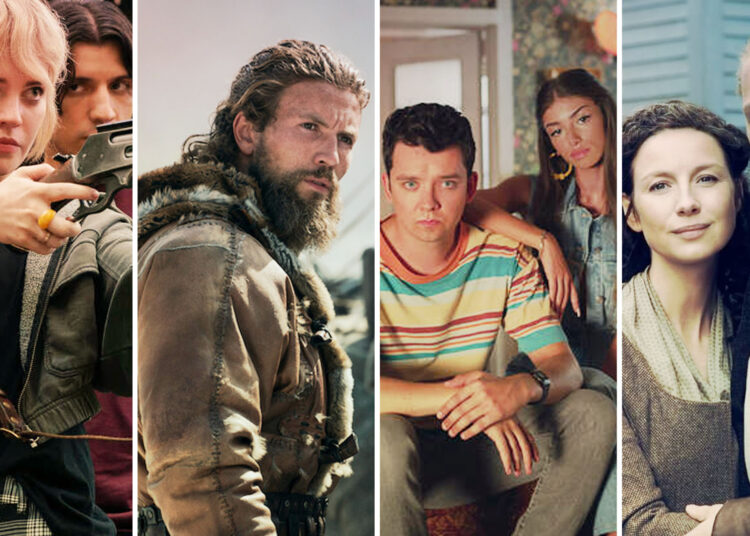 Who does not like a little drama in their lives that’s why we have listed the Top 10 Drama TV Shows to Watch In 2023.

The genre of drama in movies and television series is the most common given the fact that it may be treated as an umbrella term for sub-genre like crime, romance, legal, politics, thriller, etc.

Drama series intend to arouse a more serious tone than a humorous one. Every year streaming services present us with a large number of drama series about different themes.

In this article, we will walk through the list of drama series that are already scheduled to be released in 2023.

Jesse Armstrong created this popular satirical black comedy drama. The plot revolves around the Roy family, a family that controls the world’s biggest media and entertainment company, as the patriarch of the family Logan Roy decides to step down from the responsibility of the company.

The first season premiered on June 3, 2018. The series won a number of accolades. Now it is awaiting its fourth season which is scheduled to premiere in the Spring of 2023.

Lauren Schmidt Hissrich created this fantasy drama series adapted from the same named book series. The plot is set on a fictional landmass which is inspired by the medieval period and it recounts the legend of Geralt of Rivia, portrayed by Henry Cavill.

This very popular historical romantic period drama was created by Chris Van Dusen and is adapted from the same named book series by Julia Quinn. The plot centers around the titular Bridgerton siblings in Regency-era’s London as they navigate love, envy, and relationships.

The first season, which premiered on December 25, 2020, was a massive success in terms of viewership with the second season setting a record by surpassing season one in viewership and thus cementing the series as a franchise.

The series also gained acclimation for using the female gaze successfully which gave the romance genre the series’ own cinematic universe.

This thriller drama is about the survival of a group of New Jersey high school soccer players in a very hostile and adverse environment after their plane crashes into the wilderness while they were flying over Canada for the national tournament.

The series premiered on November 14, 2021, on Showtime. It owns seven Primetime Emmy nominations. The second season which was renewed in December of 2021, is set to arrive on March 26, 2023. A third season has also been renewed already in December 2022.

This psychological thriller drama is adapted from the books of Caroline Kepnes. The plot follows a toxic obsessive bookstore manager Joe Goldberg as he keeps on destroying the lives of women he goes into relationships with by his compulsive actions.

The series first premiered on September 9, 2018, on Lifetime. From the second season, it was handed over to Netflix. The fourth season is scheduled to premiere on February 9, 2023, with its first part and the second part will follow on March 9.

Ron Fitzgerald and Rolin Jones created this period drama series that is based on Erle Stanley Gardner created the same named fictional character.

Perry Mason is an American criminal defense lawyer whose portrayal was inspired by the famous criminal defense attorney of Los Angeles- Earl Rogers. The series premiered on June 21, 2020, with Matthew Rhys in its titular role. The second season will arrive on HBO on March 6, 2023.

The wait for the return of Netflix’s extremely popular and beloved comedy-drama series ‘Sex Education‘ is almost over as the fourth season which was announced on September 25, 2021, is expected to air in the middle of 2023.

With cast members like Simone Ashley, Tanya Reynolds, and Patricia Allison exiting from the series and the closing of the Moordale Secondary School in the last season which has been the center setting of the plot, the viewers are left anticipating what might they will discover in the upcoming season.

But it is sure that they are eagerly waiting to see Emma Mackey‘s Maeve Wiley and Asa Butterfield‘s Otis Milburn on screen.

The sequel of History’s ‘Vikings‘ is all set to return to Netflix with its second season on January 12, 2023.

The second and final season of Amazon Prime Video‘s conspiracy drama is scheduled to premiere on January 13, 2023.

This historical romance drama based on Diana Gabaldon‘s same-named novel series is returning in the middle of 2023 with its seventh season which will consist of sixteen episodes. 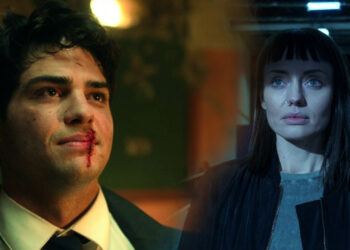