List of crime drama series that you must watch while waiting for the BMF Season 2.

by Hermione Lovegood
Reading Time: 8 mins read
A A
0 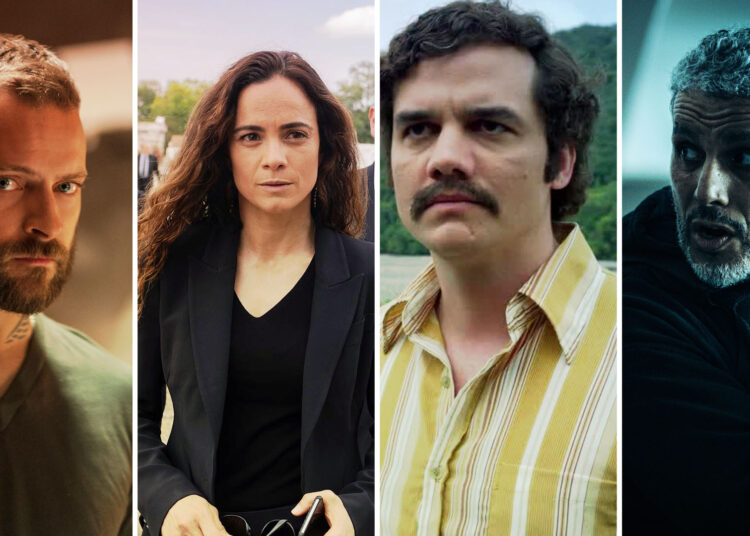 Charles Flenory and Demetrius Flenory are two brothers who started everything from the street of Detroit and become the real-life Detroit brothers.

Russell Hornsby and Demetrius Flenory Jr. have starred as the lead characters- the two brothers in the series. It premiered on September 26, 2021, on Starz.

BMF Season 2 of the series got renewed only four days after the arrival of the first season. Season 2 of ‘BMF’ is set to release on January 6, 2023.

Following is the list of other crime drama television series that you might watch if you enjoyed the first season of ‘BMF’.

The plot of this American Colombian crime drama series is set in late ’80s Colombia and follows the notorious figures in the drug and cocaine trade including the rise of drug kingpin Pablo Escobar.

Season 3 of the series depicts the fall of Escobar and the effort to shut down the infamous Cali Cartel. Wagner Moura portrayed Pablo Escobar in the series. It ran from August 28, 2015, to September 1, 2017, on Netflix.

The plot of this television series navigates stories of some of the notorious street gangs of America through interviews and footage that had rarely been seen since then.

The plot of this American drama series, adapted from the same named Australian movie, revolves around a seventeen years old Joshua Cody, or “J” who moves in with his estranged grandmother Janine Cody after his mother dies.

But the Codys is a criminal family led by the strict matriarch Janine, known as “Smurf”. Finn Cole and Ellen Barkin have starred as Joshua and Janine in the series that ran from June 14, 2016, to August 28, 2022.

The plot of this British crime drama series is set in the housing estates of east London and navigates the tension between drug gangs operating openly and common residents struggling to live an honest life.

It primarily focuses on Dushane, a drug dealer in their 20s aspiring to become the titular Top Boy of the area, and Ra’Nell, a vulnerable and good-natured teenager.

Ashley Walters and Malcolm Kamulete have starred as Dushane and Ra’Nell in the series. It won a number of accolades and ran originally from October 31, 2011, to September 10, 2013, and then got revived on September 13, 2019.

Cocaine Cowboys: The Kings of Miami – Number of Seasons: 1

The plot of this docuseries revolves around two men who have been friends since childhood and turn into the most powerful drug lords of Miami from high school dropouts. The series premiered on August 4, 2021, on Netflix.

Queen of the South – Number of Seasons: 5

The plot of this American crime series surrounds the life of a woman named Teresa whose boyfriend was a drug peddler and has got killed by a cartel boss.

After that Teresa becomes determined to avenge the death of her lover by going to the United States and turning into a drug lord herself. Alice Braga has portrayed Teresa Mendoza in the series. It ran from June 23, 2016, to June 9, 2021, on USA Network.

This is a documentary web tv series the plot of which navigates the streets of America on which war between drug lords and law enforcement is fought on a daily basis.

Production, sales, logistics, and consumption of drugs are also depicted in the series. The series is narrated by Michael Beach and Ronan Summers. It premiered on December 22, 2017, on Netflix.

The plot of this Italian crime drama series, adapted from the same named 2015 Italian movie, revolves around three young criminals who work under the guidance of a brutal underworld kingpin.

But when they find a number of strong and powerful people turned into their enemies, troubles enter their lives.

The plot of this German drama series revolves around the leader of a Berlin-Neulölln drug cartel- Ali Hamadi or Toni. Kida Khodr Ramadan has starred as Toni in the series. It ran from May 8, 2017, to December 12, 2019.

The Last Narc – Number of Seasons: 1

The plot of this docuseries revolves around the 1985 death of Enrique Camarena, an U.S. DEA agent known as “Kiki”. The series aired on July 31, 2020.