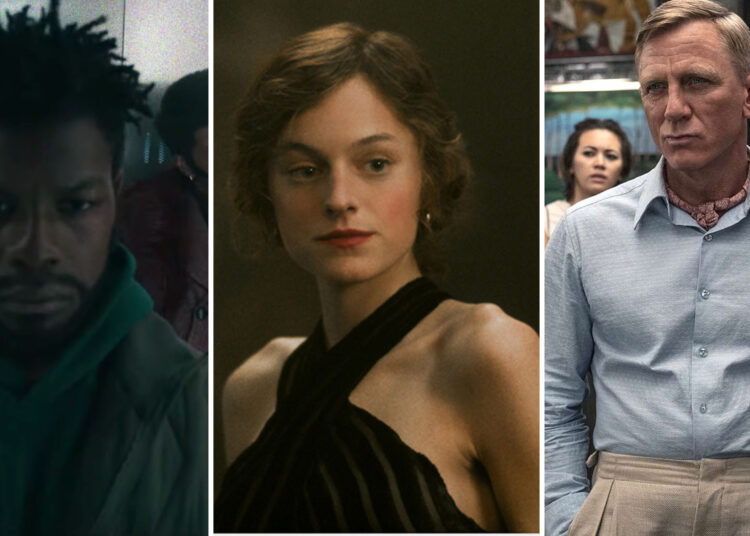 Netflix is the leading streaming device in the entertainment industry which nurtures a plethora of various tv series and movies belonging to a variety of genres. As the year approaches an end, let us enlist the Top 10 Movies available on Netflix to stream in December.

Stephen Donnelly has directed this upcoming movie that will find businessman Ebenezer Scrooge visited by his former business partner Jacob Marley’s ghost on the eve of Christmas so that his ways are mended.

Guillermo del Toro directed this stop-motion animated musical fantasy movie, based on the 2002 edition of the Italian novel ‘The Adventures of Pinocchio’.

The movie was first released on October 15, 2022, at the Toronto International Film Festival and later on November 9 in the United States. It will arrive on Netflix on 9th December this year.

Glass Onion: A Knives Out Mystery-

Rian Johnson has directed the murder mystery movie which is a standalone sequel film of the 2019 movie ‘Knives Out. English actor Daniel Craig has reprised his role of Benoit Blanc from the previous movie.

The movie premiered on September 10, 2022, at Toronto International Film Festival and in the United States on November 23. On Netflix, the movie will arrive on December 23.

The complete title of the movie is ‘Roald Dahl’s Matilda the Musical. Matthew Warchus has directed the musical fantasy comedy movie that is adapted from the same named stage musical of Kelly and Tim Minchin and which itself is based on Roald Dahl’s 1988 novel ‘Matilda’.

The cast members of the movie include Alisha Weir, Lashana Lynch, Andrea Riseborough, Stephen Graham, Emma Thompson, etc. The movie will release in the United Kingdom on November 25, 2022, and on Netflix on December 9.

This is an upcoming American sci-fi comedy mystery movie that Juel Taylor directs in his directorial movie debut.

The plot of the film revolves around a series of mysterious events forcing an unlikely trio on the verge of a wicked government conspiracy.

John Boyega, Teyonah Parris, Jamie Foxx, and Kiefer Sutherland are some of the cast members of the upcoming movie. The movie is set to release on Netflix on December 30, 2022.

Noah Baumbach directed the apocalyptic black comedy movie that is based on the same named novel by Don DeLillo in 1985. At the center of the plot is the cataclysmic train accident named the Airborne Toxic Event which tears apart the life of Jack Gladney, Hitler’s professor.

The movie will release on November 25, 2022, in selected cinemas and will arrive on Netflix on 30th December.

Laure de Clermont-Tonnerre has directed the upcoming romance drama based on the same named novel by D. H. Lawrence.

The plot of this celebrated story revolves around an aristocratic woman named Lady Chatterley who finds herself falling out of love with her husband and in a love affair with her husband’s gamekeeper.

‘The Crown‘ star Emma Corrin will be seen playing the titular Lady Chatterley in the movie. The movie is set to release on Netflix on December 2, 2022.

Bardo, False Chronicle of a Handful of Truths-

The movie premiered on September 1, 2022, at Venice International Film Festival. It will arrive on Netflix on 16th December this year.

Bob Shirohata has directed this action-adventure animated comedy fantasy movie. It deals with Tristan who gains the power of healing injuries and wounds of people. But her inability to control the power sometimes concludes in hurting people.

The movie is set to release in the United States on December 20, 2022, on Netflix.

Roar Uthaug has directed this action-adventure fantasy movie that revolves around a gigantic creature awakening after a thousand years to destroy everything on its path. The movie is set to release on Netflix on December 1, 2022.