by Sheetal
Reading Time: 7 mins read
A A
0

From 2006 to the year 2021, Daniel Craig has been playing the much-loved Bond in the spy thriller 007. Craig is the first actor to act in a franchise whose first sequence was released even before his birth. Daniel Craig is the longest-serving Bond between his debut in Casino Royale (2006) and No Time to Die in 2021. Let us have a look at Daniel Craig’s journey as James Bond.

Daniel Craig led the Bond franchise successfully for 5 movies and 15 long years. He started off on a high with Casino Royale than Quantum of Solace. He took the franchise through a big Skyfall off a cliff. Thankfully for us, Skyfall resurrected the franchise as it ended up making over a billion dollars worldwide.

Spectre wasn’t the best of the franchise but it had enough muscle and the trademark-born class. Daniel Craig was about to quit the franchise after Spectre as he had been playing the character for almost ten years and being a perfectionist, he always tried to make the physicality of bond look very good. But 10 years as Bond, his bond look took a lot out of him.

He grew tired of it and did not think he could not pull off another outing. He almost quit but bond producers convinced him for the fifth installment of his solo franchise. It’s really good that Craig returned for it and got an exit worthy of a gem. The goodness of No Time to Die actually made Quantum of Solace feel like a bad dream. It was a very personal ending but now Craig is totally done with James Bond.

His exit in this one was among his terms for returning for No Time to Die but as the movie claimed, the title of 007 can be passed. In the end, we got the confirmation that James Bond will return.

The Bond owners will take a call upon the actor replacing Daniel Craig in 2022. His replacement will obviously have some big shoes to fill but until the casting is done, we can at least present you the list of actors who are more than capable of playing Bond.. James Bond!!

Celebrities who could be the new James Bond

For our first James Bond casting choice, we have got Tom Hardy. If you look for the actors capable of playing Bond across the internet, one of the two names you’ll find for sure is Tom Hardy. Christopher Nolan recommended him for 007 and we all know that he is a great actor after his performances as Bane, Mad Max, and several others.

Fans would love it if he becomes the next Bond but he has got a great thing going on with Venom which is a pretty recurring role. By the time we get the next Bond movie, Hardy will at least be 47 if not more. So the age factor might deter the Bond producers from casting him.

They would probably want someone who can lead the franchise for the next decade or so. However, no one could read what’s going on in the minds of Bond producers.

Moving on to the second most obvious Bond candidate that we would find on the internet is Henry Cavill. This brit is a total maverick. He almost played Bond back in Casino Royale as he was the second choice after Daniel Craig but now, he has found his mojo in the industry.

Warner Bros is probably wasting their chance of cashing in with his Superman but Netflix is certainly using him for The Witcher. He played a great spy in the much-underrated film The Man from U.N.C.L.E. Sorry for the spoilers if you have not seen MI6 but he did really well as the villainous spy in Fallout.

Netflix has also locked him in for Sherlock Holmes and now, he would play yet another spy called Airgill in the movie of the same name. Since Matthew Vaughn plans to make the Aragulla trilogy, Cavill may not get to be the next Bond. That already has three high-profile roles excluding Superman. But the fans of Henry Cavill are hoping to see him as the new 007.

Let us move to the next choice which is none other than Tom Hiddleston. There is no denying the fact that this guy has got charmed. We love him as Loki that’s obviously his biggest role but those who have seen The Night Manager where is played an Ex-British Soldier would agree that Tom Hiddleston can certainly play a great James Bond. He would be popular with the ladies and he would also be able to deliver some cool action sequences. Hiddleston would be indeed a great choice for the new Bond and the fans are looking forward to him being cast as the one.

The name that fans want apart from anyone is Richard Madden. Fans believe that he is perfect for the part. He is just 35 years old right now and he has also got a high-profile role in the Marvel Cinematic Universe’s Eternals. I personally believe that every big actor could at least hold two big franchises at the same time.

So Madden could do that with Icarus and James Bond. He has got the charm and the physicality to pull the great 007. Those who cannot picture him as Bond could check out Bodyguard on Netflix. Surely, it is going to change the minds of the viewers.

Last but not least is Dwayne “The Rock” Johnson. So far, an American actor has never played the character of James Bond, although some have played villains in the franchise of 007. But Johnson doesn’t want to be cast as a villain but the Bond himself.

Johnson had revealed that his grandfather has played a villain in the Bond movie with the great Sean Connery but he is looking forward to acting as a lead in the franchise. In a recent interview, Dwayne Johnson said “Yes, my grandfather was a Bond villain… with Sean Connery.

Very, very cool and I would like to follow in his next footsteps and be the next Bond”. Johnson has already blown our minds with his past roles and now if he plays the Bond, the fans would go crazy. Now, we would see whether the actors from the list given above grab the James Bond role in the franchise or some other actor, get to be the new James Bond. Fans are eagerly waiting for the announcement of the new James Bond with their fingers crossed. 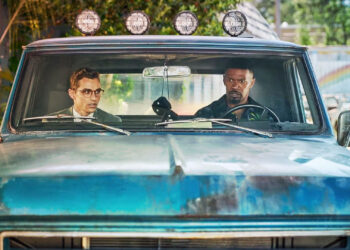 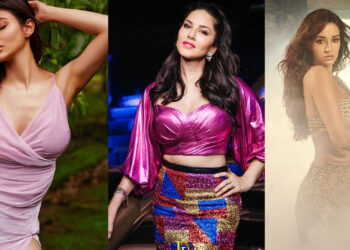