Ewan and Mary were clicked for the first time after marriage at the premiere of Star Wars: Revenge of the Sith 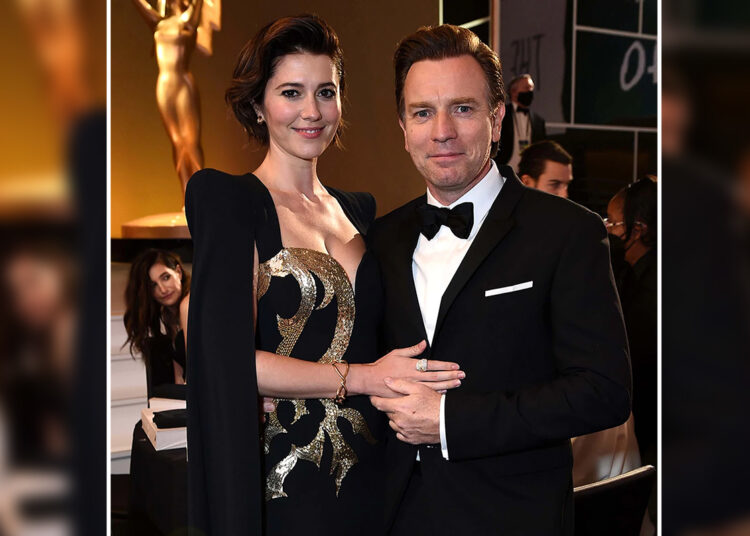 Ewan McGregor was born on 31st March 1971 in Perth, Scotland. He is an actor, he made his debut as a lead in the series Lipstick on Your Collar. He achieved global recognition after his performance in the movie Trainspotting.

Ewan McGregor has been a part of many successful movies like Star Wars: Revenge of Sith, Doctor Sleep, Beauty and the Beast, The Island, Nightwatch, and many more.

Mary Elizabeth Winstead was born on 28th November 1984 in Rocky Mount, North Carolina. She is a singer and actress. She made her debut as a female lead with the movie Sky High released in 2005.

She has been part of movies like Kate, Gemini man, Final Destination 3, Abraham Lincoln: Vampire Hunter, Harley Quinn: Birds of Prey, and many more.

Both Ewan and Mary have been dating since 2017 and they both met in 2016 on the sets of Fargo. Mary parted ways with her ex-husband Riley Stearns in 2017. Later on, Ewan also filed for a divorce with Eve Mavrakis.

Ewan and Mary welcomed their first kid in June 2021, both tied a knot in April 2022. Since then, fans have been waiting for them to see them together.

Recently the newly-wed couple made a public appearance on the red carpet of the series Obi-Wan Kenobi which is supposedly released on Disney+.

The couple made their way to the red carpet in a stylish way holding hands and looking adorable. Ewan McGregor is playing the lead role and came to the premiere of the show along with his wife, it was their first public appearance since their wedding.

The story revolves around 10 years after Star Wars: Revenge of the Sith. Obi-Wan Kenobi is currently streaming on Disney+, new episodes will be streamed on Wednesdays till 22nd June.

What Happened Between Ewan McGregor And Nicole Kidman?