It was recently announced that a two-part spin-off movie titled "Grudge of Edinburgh" will be arriving on the streaming service in 2022, with part 1 targeting a release date of December 2022. 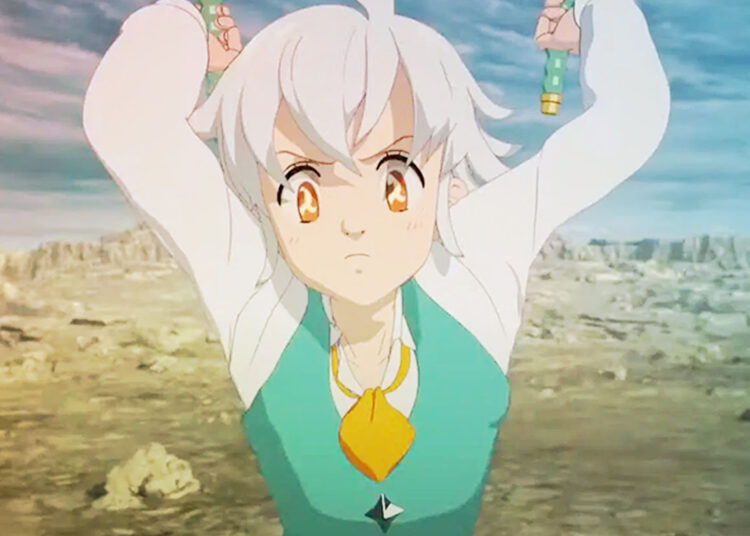 Even though the Seven Deadly Sins anime has come to an end, there is still hope for the continuation of the brand on Netflix. It was recently announced that a two-part spin-off movie titled “Grudge of Edinburgh” will be arriving on the streaming service in 2022, with part 1 targeting a release date of December 2022.

You may find all the information you require about The Seven Deadly Sins: Grudge of Edinburgh Part 1 in the sections below.

There is plenty of Seven Deadly Sins content available for fans to enjoy, including two excellent spin-off films, Prisoners of the Sky and Cursed by Light, and five seasons of anime available on Netflix. The planned spin-off, Grudge of Edinburgh, will have a new story written by Nakaba Suzuki, much to the joy of the franchise’s fans.

As a result, The Seven Deadly Sins is returning with a brand-new movie that will satisfy your longing for Meliodas and Elizabeth. Although you won’t see the Seven Sins in the upcoming movie Grudge of Edinburgh part 1, you will see their cute children.

You may also anticipate that this new title will feature all the gritty humor, bloody combat, and dark magic that you have come to know and love from the original anime series.

The Seven Deadly Sins: Grudge of Edinburgh Part 1 Release Date: Is It Coming In October 2022?

No, the first installment of “The Seven Deadly Sins: Grudge of Edinburgh” won’t be released in October 2022. In December 2022, it will make its debut.

We now know that The Seven Deadly Sins: Grudge of Edinburgh will be available on Netflix in 2022, thanks to the teaser that was made public at Netflix’s “anime day” celebration in Japan. Part 1 is reportedly aiming for a December 2022 publication date, precisely December 20th, 2022.

The length of the movie is still unclear. However, if this movie follows the format of the anime’s prior releases, Prisoners of the Sky and Cursed By Light, we anticipate that viewers will be glued to the sofa for around an hour and a half.

The teaser trailer is available right below:

Tristan inherited the strength of the Goddess Clan and has the capacity to treat wounds and injuries in humans, but he frequently causes harm to others since he lacks the ability to manage the force of the Demon Clan.

Also, Tristan travels to Edinburgh Castle in order to defend his family, where he makes a lot of new acquaintances.

Bob Shirahata is the film’s director, while Prisoners of the Sky director Noriyuki Abe will return to the role of “Supervising Director.” To create the script, Rintarou Ikeda will also be making a comeback.

Only three cast members have been officially announced so far, but we anticipate that the original anime series cast members will come back to reprise their parts. The following cast members are included in the cast:

Will, The Story Of The Four Knights Of The Apocalypse, Be Introduced In The Seven Deadly Sins: Grudge Of Edinburgh?

Percival learns that he will join the Four Knights of the Apocalypse—a group of holy knights who, according to King Arthur Pendragon, will hasten the end of the world—as the Knight of Death.

Percival may or may not feature in the upcoming movie, but there could be hints about Tristan’s destiny and how he might eventually fit into the story of The Four Knights of the Apocalypse.