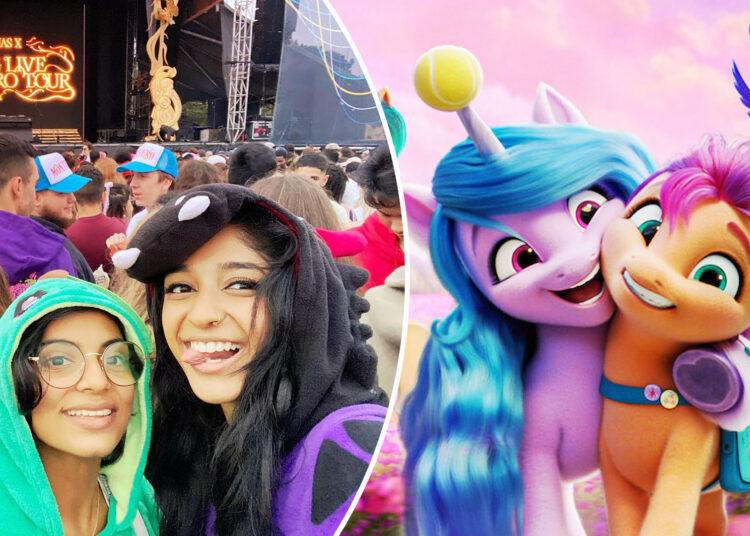 Maitreyi Ramakrishnan’s early obsession with My Little Pony turned out to be homework for her most recent television endeavor.

Ramakrishnan has recently bagged the role of voiceover artist for My Little Pony: Make Your Mark on Netflix, a stark contrast to her debut appearance in the renowned coming-of-age comedy Never Have I Ever.

After securing the role, the 20-year-old Canadian actor recalled growing up with the fourth generation of the toy line, which includes “the O.G.’s of Twilight Sparkle and Rainbow Dash, my personal favorite.”

Playing the next-gen Pegasus pony Zipp, short for Princess Zephyrina Storm, was an opportunity to realize “those childhood types of aspirations,” according to Ramakrishnan. “If I told my younger self, ‘Hey, you’re going to be a Little Pony,’ the logical response would be, ‘No way.'”

Zipp stands out among her horse buddies for reasons other than her daring two-tone haircut. Ramakrishnan characterizes her as intelligent, inquisitive, and driven to be herself. Aside from that, the actor thinks it’s “really fantastic” that she got to sing on the series’ companion album, which was released this week on Netflix.

Here is What more Maitreyi Ramakrishnan Shared about My Little Pony.

When asked what her opinions were on viewers’ reactions to her role in Never Have I Ever, Maitreyi responded that favorable reactions to seeing her character, or mixed feelings in the sense of people feeling so uncomfortable with how much they see themselves in the characters.

She went on. “Not only do young brown females watch Devi and say, “Yeah, but I can also connect.” The brown men are there. Or every female going through a difficult time in her life, or any person who has felt the need to be a part of anything.”

She went on to say that it was the representation that was most important to her. “When you’re creating characters with a variety of faces but write them so effectively and truthfully that it’s not tokenism. It’s crucial, and I’m honestly not pleased with the level of representation.”

Obviously, initiatives are being done to reflect other cultures in Hollywood, but there must be persistent and continuous efforts for improvement.