List of the must-watch rom-com tv series to look forward to for release in 2023, and you should watch with your partner. 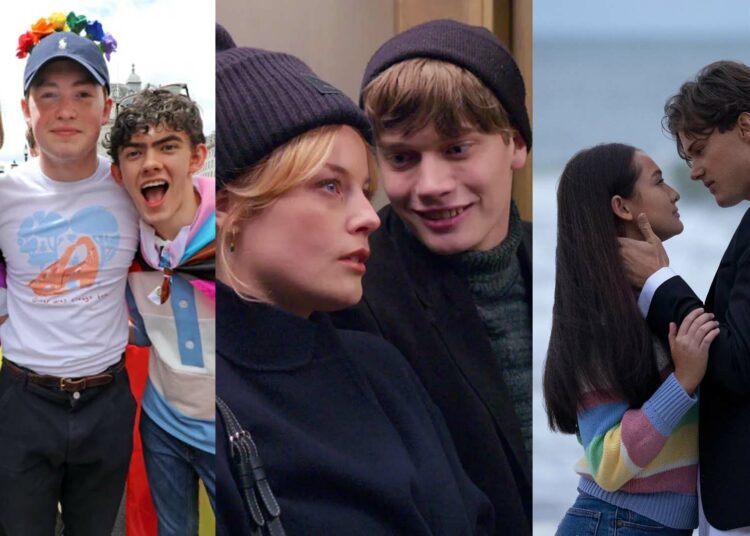 Each year production houses and streaming sites develop a number of romantic comedy television series. Besides that, many old rom-com series also get renewed. As it still is too early to get updated by names of new upcoming series, in this article we have made a list of old romantic comedy series that will be renewed for new seasons in 2023.

Here is the list of the Top 5 Romantic Comedy Series of 2023:

The Summer I Turned Pretty (Season 2)-

Jenny Han created this American coming-of-age romantic series that is adapted from the same named novel trilogy written by Han and published in 2009.

The plot of the series revolves around a woman named Belly whose life changes during a summer vacation. As she reaches the beach house of her family friend for the annual summer vacation, she reunites with the two sons of that friend- Conrad and Jeremiah.

Belly previously had a crush on Conrad, though he had not been reciprocating her feelings. But this summer she finds herself caught in a love triangle with both brothers. The experience of their first love and first heartbreak change her life forever.

American actress Lola Tung has portrayed Isabel aka Belly in the series. Gavin Casalegno and Christopher Briney have been cast for the roles of Jeremiah and Conrad respectively. The series was first ordered in February 2021. Two months later Lola Tung was recruited as one of the lead cast members.

Principal photography of the first season of the series began in 2021 and it was released on June 17, 2022, on Prime Video. Ahead of the premiere, a second season was renewed on June 8, 2022. Filming of the Season 2 began in July of 2022 and it was wrapped up in November of that year. The second season is scheduled to be released sometime in 2023.

Darren Star created this romantic comedy tv series the plot of which revolves around the titular character Emily Cooper who is an American marketing executive.

As she comes to France to produce an American point of view for the marketing firm of France, the course of her life alters forever. Love, friendship, jealousy, and heartbreak along with the extraordinary world of fashion in France make her days complicated and more beautiful.

As she begins to make France her home while struggling to adjust to its culture, Emily gets involved with an attractive French chef Gabriel, both of whom connect with each other right away.

British American actress and model Lily Collins has been cast as the protagonist Emily in the series. Other important cast members include Ashley Park as Emily’s closest friend in France, Lucas Bravo as Gabriel, Camille Razat as Gabriel’s girlfriend Camille, and Lucien Laviscount as Emily’s new love interest Alfie.

The series first premiered on October 2, 2020, on Netflix. The third season was released on December 21, 2022. With the pattern of each season releasing during the last part of each year, we can expect that Season 4 will be arriving near the end of 2023.

This Swedish romantic comedy tv series serves as the second Swedish language series on Netflix after ‘Quicksand’. Lisa Langseth created this series the plot of which revolves around a professional married woman who gets embroiled as a participant with a young male employee in a daring game.

That woman’s name is Sofie she has two children and is a successful consultant. Swedish actress Ida Engvoll has starred in the role of the protagonist Sofie in the series. It premiered on November 4, 2020, on Netflix with the second season released on June 16 two years later.

Though the third season has not yet been renewed, that is justified as Season 2 was only released in 2022. But following the course of the story, fans are expecting that Season 3 will arrive sometime in 2023.

Lang Fisher and Mindy Kaling created this romantic comedy series the plot of which revolves around a Tamil Indian-American girl Devi as it navigates how Devi passes through the highschool life struggling with the trauma of her father’s sudden death, love, heartbreak, and friendship.

Canadian actress Maitreyi Ramakrishnan portrayed Devi in the series. It premiered on April 27, 2020, on Netflix. The fourth and final season is scheduled to arrive in 2023.

This very successful coming-of-age romantic comedy-drama series is adapted from the same named webcomic and graphic novel of Alice Oseman.

The plot revolves around the lives of two high school boys Nick and Charlie who fall in love with each other and also navigate their friends’ lives. Kit Connor and Joe Locke have starred as Nick and Charlie respectively in the series.

The series released on Netflix on April 22, 2022. The announcement of Season 2 arriving in 2023 has been done by the cast members of the series.