Emily Carey is always in eminence because of her flawless acting. Recently she added a picture of herself thanking the stellar team. She mentioned @petrieinventory in her caption. Beauty in black is seen sitting in the post.

by Riya Sinha
Reading Time: 3 mins read
A A
1 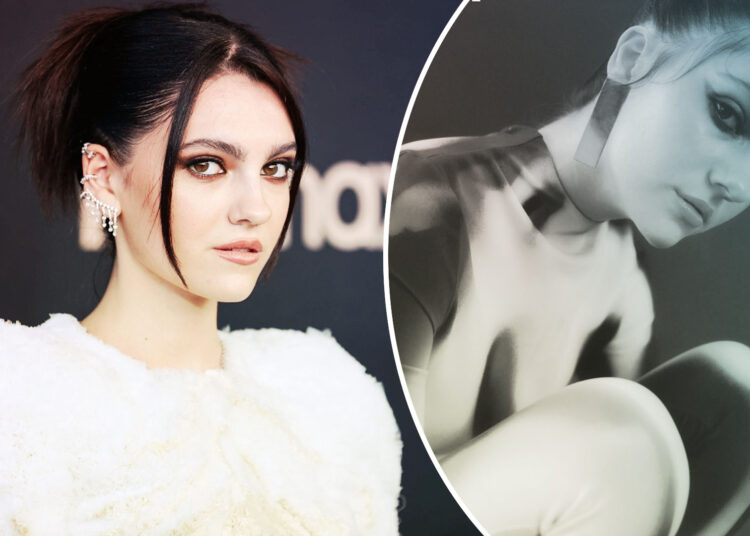 Carey was born in the London Borough of Barnet. Emily Carey is an emerging actress. She began her career as a child actress. As far as, she went on to play young version characters such as Alicent Hightower in the fantasy series House of the Dragon (2022).

Emily Carey gained much popularity in this show. Even at such a young age, she plays her character very well. But it’s sad to hear that Emily has left that show.  Emily Carey was playing the role of Alicent Hightower in the House of the Dragon. Respectively, over the past five episodes, will exit the show and will be replaced by a different actor entirely. Now the news is coming that Olivia Cooke will continue with that character in the upcoming episodes.

Meanwhile, this young star always glams. Currently, she has over 400k followers on Instagram. She is sitting boldly looking at her camera, and because of this, there was a lot of enthusiasm among her fans of Emily and they started liking and interacting with her post.

Many celebrities like @kellimarrie, @ isabellapappas, and tillie_thalia commented on Emily’s post. She has posted a picture with a black background.

Carie is seen wearing a bodycon jumpsuit in her new post. She has carried her look very well. This picture of Emily Carey was clicked in @sunset studios, London. Her dress was picked out from the collection of Balmain. Gregory Russell gives her a brisk look. She is wearing a very luxurious earring which is enhancing her beauty.

Although, the liner and mascara give a perfect look to her eyes. She has put light makeup on her face. Make-up was done by make-up artist @emily wood makeup. The color of her outfit is not clear since she has posted a pic in black & white mode. Emily is looking simply perfect.

Her Tied Hair Enhances the Look of Her Face. This bodycon dress is suiting Emily Carey. She looks like the perfect iconic model in this outfit. Celebrities have to include many things in their routine to look fit and fine, which is necessary to play different roles in different movies or TV shows.

We hope Emily will continue to shine with her talent in the same way.