Chorong postponed her fan meeting after getting into a car accident. 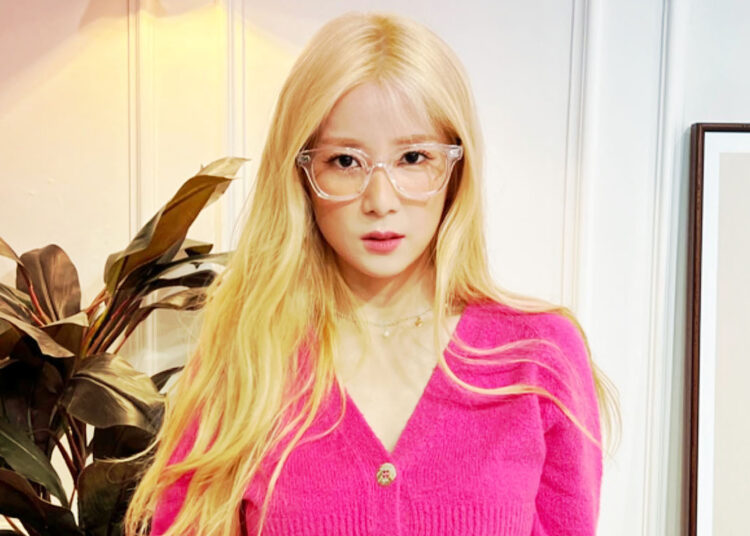 The leader of the South Korean girl group Apink, Park Cho-Rong, commonly known as Chorong is a South Korean singer, songwriter, and actress.

Due to a car accident, IST Entertainment reported that Apink’s Chorong will be delaying her fan gathering.

According to them, she is not feeling well, thus the Bangkok fan gathering that was initially planned for October 1 will be postponed. They disclosed that she was involved in a car accident on September 21 at about 10 PM KST while returning home from an agency practice session.

She had pain near her cervical spine as a result of the collision caused by the automobile behind her.

Despite the pain, she was able to carry on with her activities after suffering a spine injury. Apink’s Bomi and she took a plane to Japan the very next day to attend a fan meeting for her sub-unit ‘Chobom.’

With regard to the incident and fan’s concern for the singer the agency, IST Entertainment gave a statement, “We regret to tell you that this Saturday, October 1, 2022, Apink CHOBOM Fan Meeting “Framily” in Bangkok” has been postponed.

After practicing for her fan meeting in the IST practice room on September 21 at around 10 pm Apink member Park Chorong was on her way back home when she was involved in a small car accident because of the novice driver of the vehicle behind her. She afterward expressed soreness in the vicinity of her cervical spine.

Due to Chorong’s steadfast commitment to perform, Apink CHOBOM’s fan meeting in Japan was performed after the accident. Upon her return to Korea, she proceeded to the hospital for treatment and received a lot of rest and stability.

Also Read: Park Min Young is expected to be dating a wealthy businessman.

However, since Chorong’s pain has recently gotten a little worse and her doctor thinks she should rest, it was unavoidably decided to postpone the fan meeting in Bangkok.

We truly regret the inconvenience caused to the patient fans and appreciate your patience. We will put Park Chorong’s health first and exert every effort to help the remaining members of the “2022 Apink CHOBOM Fan Meeting “Framily” in Korea. Thank you.”

Yoon Bomi and Chorong created “CHOBOM,” Apink’s first unit in 11 years, and on July 12 they dropped their debut single album, “Copycat.” After the accident, the fans were worried about her wishes for the singer for a quick recovery.