Emily considers the fresh difficulties Season 3 may provide to her. She will have a new appearance in the future season. 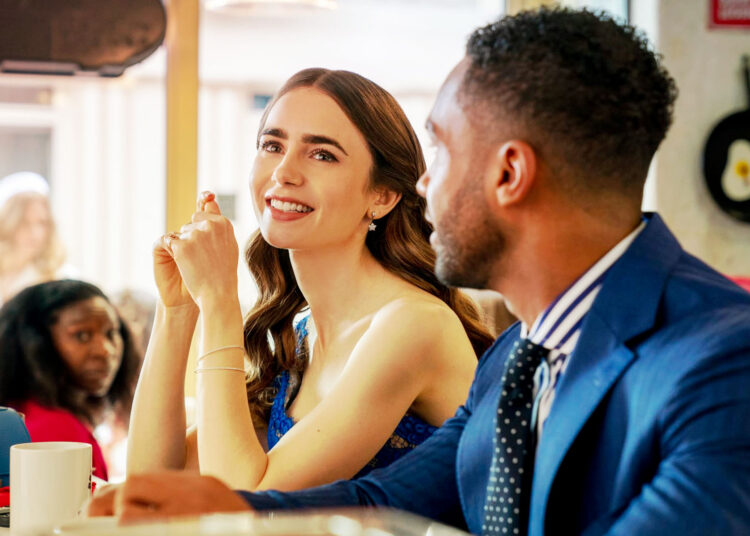 Emily In Paris Season 3 Teaser was released on Netflix on September 25th,  2022.

The romantic-comedy-drama series “Emily in Paris” on Netflix centers on American marketing executive Emily Cooper and her travels in Paris, France. Because of her Americanness and overenthusiasm, Emily, who doesn’t speak French but raves about the charming city and runs a popular Instagram account about her time there, finds herself in conflict with her coworkers at Savoir.

The show was initially broadcast for the first time on October 2, 2020, and was created and produced by Darren Star. Fans have grown more intrigued by Emily’s career and love life after two seasons, which has further increased interest.

In addition, the shocking conclusion of the second season has left viewers wondering what will become of their favorite characters. So, would we get to see more of the complicated love triangles and professional tragedies that our favorite marketer stationed in Chicago gets embroiled in on a regular basis?

Well, here is all the information you require for the third season of “Emily in Paris,” including the premiere date, cast, storyline, and relevant updates.

Emily in Paris Season 3 will release on December 21, 2022, giving everyone the opportunity to binge-watch it as an early Christmas present. Given that both seasons 1 and 2 include 10 episodes, it appears likely that season 3 will have the same number of episodes.

Netflix presented a brand-new teaser and the release date for Season 3 of Emily in Paris at the second TUDUM event.

The well-known series, which stars Lily Collins as the title character, centers on a young lady who lands her dream job in Europe and then has to start over in Paris. In the brief teaser clip, Emily considers the fresh difficulties Season 3 may provide to her. She will have a new appearance in the future season, according to the new trailer.

The majority of the key Emily in Paris cast members are anticipated to return in season 3. This comprises

1. Lily Collins will feature the role of Emily Cooper

2. Ashley Park will feature the role of Mindy Chen

3. Lucas Bravo will feature the role of Gabriel

4. Philippine Leroy-Beaulieu will feature the role of Sylvie

5. Camille Razat will feature the role of Camille

6. Kate Walsh will feature the role of Madeline Wheeler

7. Samuel Arnold will feature the role of Julien

8. Bruno Gouery will feature the role of Luc

9. William Abadie will feature the role of Antoine Lambert

10. Jean-Christophe Bouvet will feature the role of Pierre Cadault

11. Charles Martins will feature the role of Mathieu Cadault

In addition, we anticipate that the series’ newcomers from season 2 will return for a third season. This comprises

1. Lucien Laviscount will feature the role of Alfie

3. Kevin Dias will feature the role of Benoît

4. Arnaud Binard will feature the role of Laurent G.

5. Jin Xuan Mao will feature the role of Étienne

Also, there is a possibility that a number of fresh faces will be added to the list.

Recap Of Emily In Paris Season 2

In season 2, Emily, who has been struggling with her love for Gabriel, begins seeing Alfie, a London-based banker from her French class.

Even if she makes mistakes occasionally, she achieves significant success in her professional life and attracts significant clients. In the climactic scene, Sylvie, Julien, and Luc come to the conclusion that they should leave Savoir as a result of Madeline’s overly American leadership.

Then, when Sylvie prepares to start her own marketing firm, she invites Emily to join her in her new endeavor.

Later, Emily chooses to confess to Gabriel her genuine thoughts even though she has already agreed to try out a long-distance romance with Alfie. She learns that Camille and Gabriel have reconciled, nevertheless. In the final scene of the season, a depressed Emily contacts Sylvie and announces her choice.

There is a good chance that the cliffhanger that was left at the end of season 2 will be resolved in season 3.

Will Emily decide between Madeline and Sylvie? Despite falling in love with Gabriel, will Emily end her relationship with Alfie or begin a long-distance one?

Additionally, it is unclear how Gabriel would handle his romantic relationship with Camille now that Emily is ready to return his love.

The conflict between Madeline’s Savoir and Sylvie’s firm, on the other hand, could become a crucial plot factor. Mindy and Sylvie’s individual relationship histories may be further explored on the romantic front.