The Netflix original series Emily in Paris has become a global phenomenon because of its entertaining plotlines and Emily Cooper's sometimes questionable decisions. 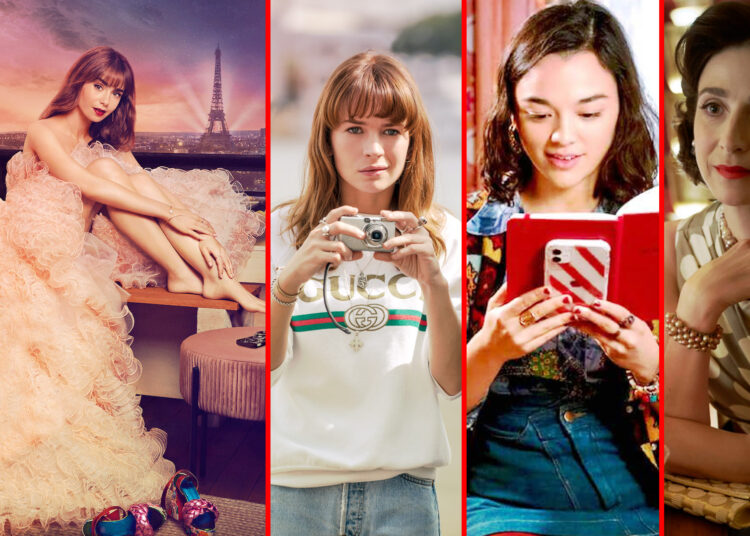 Emily In Paris Season 3 Is all set to be released on Netflix on 21st December 2022. The Netflix original series Emily in Paris has become a global phenomenon because of its entertaining plotlines and Emily Cooper’s sometimes questionable decisions.

The comedy-drama series Emily in Paris made its debut on Netflix in the year 2020, and immediately after the show was made available on the streaming site, viewers discovered a new show to binge-watch.

The series uses a well-known fish-out-of-water plot line that is also used by much other television series. There are many other shows with a similar romantic and dramatic tone to Emily in Paris, such as Sex and the City and Gilmore Girls, so viewers who enjoy the premise will have no trouble finding more shows to watch.

The drama for Emily never stops. We’ve compiled a list of other television programs that highlight young women discovering new aspects of themselves, romance, and wild workplace antics. These are the next tv series you ought to watch if you like Emily in Paris.

Gossip Girl is first on the list. The series depicts the lives of an affluent group of teenagers attending a prestigious high school in New York City as they negotiate love, life, and interpersonal conflicts while dressing bewitchingly stylishly.

The series can be described as a corny teen drama that, if it hasn’t already, will immediately draw you in. Many stars have had successful acting careers as a result of “Gossip Girl,” including Leighton Meester, Penn Badgley, and Blake Lively, to mention a few.

When one of them goes missing, and all of their deepest secrets begin to come out, their clique falls away faster than they could have ever imagined. The series is a drama-mystery-thriller, but the cast’s fashionable attire makes it a visual delight, much like “Emily in Paris.”

Jane by Design is a comedy-drama tv series that broadcasted in the United States on ABC Family. The show centers on the lives of Jane Quimby, a young woman who is frequently mistaken for an adult and who ultimately lands her dream position as an assistant to Gray Chandler Murray, a well-known fashion designer.

She must balance two separate lives: one at high school and the other in the world of high fashion. If you like Emily’s journey and her envious-inspiring wardrobe, you’ll love Jane’s chic outfits and styling.

The Bold Type, a charming Freeform dramedy, follows the lives of three best friends working at a New York City magazine with similarities to Cosmopolitan.

The show’s initial success can be attributed, in large part, to its realistic depiction of life in the transitional period between the carefree days of early adulthood (college) and the fully-fledged responsibilities of middle age (the thirties).

The popular television program “Younger” centers on a single mother named Liza who, after receiving multiple job rejections due to her age, decides against it and begins a new work at a publishing house by claiming to be 26 years old rather than 40.

As she fights to keep her job—which she is extraordinarily brilliant at—love triangles, office turmoil, and hilarious situations arise. Similar to “Emily in Paris,” “Younger” works in a setting that is dominated by high fashion and glitz.

Sam Boyd is the creator of the American romantic comedy anthology Love Life, which is a streaming television series that made its debut on the HBO Max streaming service on May 27, 2020, ahead of the service’s official release.

This anthology series follows a distinct character from their first to last romantic relationship. Fans of Emily in Paris will love Love Life because it emphasizes romance in a person’s prime.

Based on the compelling memoir of the same name from 2015, “Girlboss” tells the story of Sophia Amoruso, the founder of Nasty Gal, and her rise to extraordinary success.

The series “Girlboss” chronicles the entire tale of its lead character, beginning with her troubled beginnings, which included petty theft, hitching, and even dumpster diving.

Sex and the City is a romantic comedy-drama television series that was produced by Darren Star for the American cable television network HBO. Several producers, screenwriters, and directors, including Michael Patrick King, contributed to the series’ development.

The story of ‘Sex and the City follows the lives of four women who, despite their differences, remain loyal to one another during the ups and downs of life in New York City. The Big Apple is the setting for this story.

Dash & Lily, a 2020 Netflix series, will remind Emily in Paris fans of the tangled romance created in both shows. Fans of Emily in Paris will undoubtedly like all the romance turmoil in Dash & Lily, despite the fact that they are somewhat different.

As Dash is more pessimistic and Lily is more hopeful, Dash & Lily is mainly about the squandered possibilities between the two title characters.

The Marvelous Mrs. Maisel is another sitcom that follows a lady who is going through life transitions, such as starting a new career and adjusting to a new environment.

The main character of the show is Midge Maisel, who decides to become a stand-up comedian in the 1950s after her husband leaves her.