It can be difficult to choose what to stream and where to stream it, but fortunately, you can never really go wrong because there is so much excellent TV shows available. 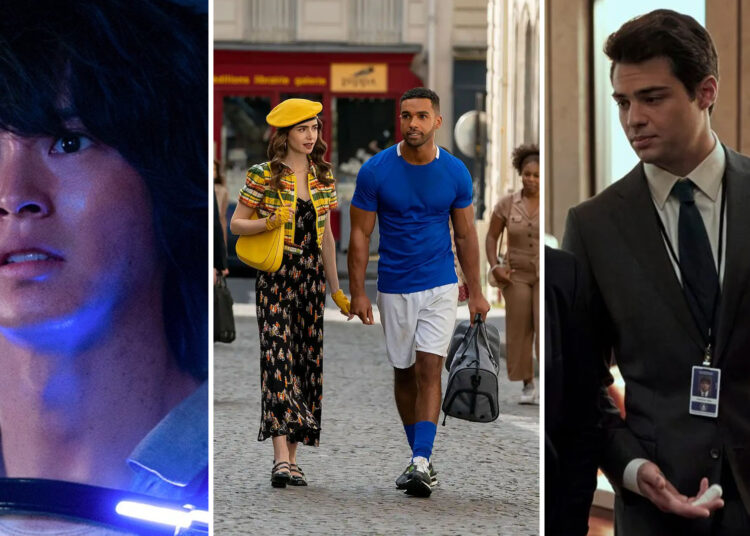 You might be waiting for your favorite series to watch, here is the list of Top 10 TV Shows to Watch on Netflix in December 2022.

The pandemic has kept many of us confined to our couches for the past two years, and TV series have proven to be the best kind of entertainment. And fortunately, last year was another great year for the medium, with everything from affording the possibility of being whisked away to another world being available.

And right now, we are in the middle of the golden age of television. It can be difficult to choose what to stream and where to stream it, but fortunately, you can never really go wrong because there are so many excellent TV shows available.

There is something for everyone on this list, and every show is worth watching. So, without further ado, let’s discuss about the “Top 10 TV Shows To Watch In December 2022”.

Here is a list of the top 10 TV shows to watch in December 2022, along with a brief synopsis of each. The list consists of

One of the most popular TV shows to watch in December 2022 is Emily in Paris Season 3. A Netflix original series by Darren Star titled Emily in Paris is an American-French romantic comedy.

The series, which is set and shot in Paris, stars Lily Collins as aspiring marketing professional Emily Cooper, an American who relocates to France in order to offer an American perspective to Savoir, a French marketing company. The show gained rapid popularity and rave reviews shortly after its release.

The anime series Alice in Borderland on Netflix is based on the manga series of the same name and tells the story of a boy named Arisu who, for no apparent reason, finds himself in an alternate version of Tokyo in which the vast majority of humans have vanished.

He has no understanding of what happened, but he must participate in the enigmatic contests in order to get “visas” that will save him from execution. The show has grown to be one of the most well-liked and praised shows. It’s absolutely worth watching.

Alice In Borderland Season 2 will be released on 22nd December 2022 on Netflix.

The South Korean television show Alchemy of Souls tells the story of a young wizard interacting with heaven and earth and was written by the Hong sisters.

The first part of Firefly Lane Season 2 will release on December 2, 2022. Season 2 will reveal what might have brought an end to Tully and Kate’s close friendship of 30 years.

Based on the well-known book by American author Kristin Hannah, Firefly Lane depicts the heartwarming tale of two best friends and the challenges they encounter throughout the course of many years of friendship.

The show follows the officers and detectives who work for the police department in the relatively tiny town of Paradise. Everyone, even a drug-addicted K-9 unit dog, is bizarre and incompetent in their own unique ways.

The show is presently in its fourth season because the concept and plot were so highly received by the public. Additionally, the show’s fourth season will debut in December 2022. Paradise PD Season 4 is all set to release on 16th December 2022 on Netflix.

Netflix is developing an anime series based on the Dragon Age video game franchise. Netflix will release all six episodes of Dragon Age: Absolution in December 2022.

Dragon Age: Absolution is all set to release on Netflix on 9th December 2022.

The Glory on Netflix in December 2022 will be a superb way to wrap up another fantastic season of Korean dramas. After accepting a position as the homeroom teacher at the primary school of the bully’s child, a previous victim of bullying seeks revenge on her attackers.

The Glory Korean Drama on Netflix will be released on 30th December 2022.

The Witcher franchise may be able to turn things around with the planned prequel series The Witcher: Blood Origin, despite the present instability caused by Henry Cavill‘s departure.

Blood Origin, which will only consist of six episodes, will examine the continent’s past and the process through which the two worlds collide.

The Witcher: Blood Origin is all set to release on 25th December 2022 on Netflix.

The Netflix original noir-thriller series Copenhagen Cowboy was created by Nicolas Winding Refn. The series follows Miu (Angela Bundalovic), a renegade who embarked on a journey for vengeance while making her way through Copenhagen’s criminal underground. This is Refn’s first Danish-language effort since Pusher 3 (2005).

Hold your seats tight as the Copenhagen Cowboy is all set to be released on Netflix on 8th December 2022.

The plot of The Recruit centers on a lawyer working for the Central Intelligence Agency (CIA) who becomes embroiled in treacherous international power politics after a former asset threatens to reveal the true nature of her long-term working connection with the agency.

This logline seems just like the kind of story that viewers of this type of television would expect to see, which is a certain way to succeed in their eyes.

Are you ready for the Spy series and watch Noah in a serious role? If yes hold your seats tight as The Recruit is all set to be released on Netflix on 16th December 2022.