Camila Cabello Is Gearing Up for a Dream Collaboration!

Camila notably began her career at the age of 15 with Fifth Harmony, who finished third on the second season of Fox's The X Factor in 2012. 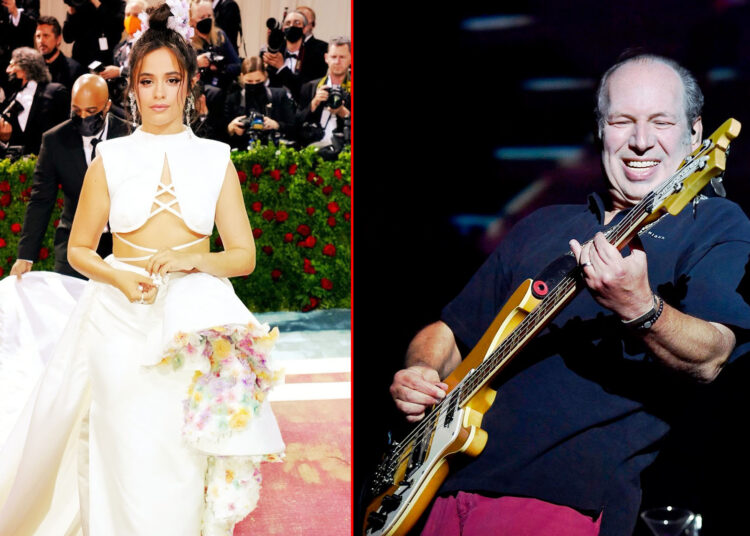 Camila Cabello is gearing up for a “dream collaboration” with music icon Hans Zimmer, according to the BBC.

According to BBC, the 25-year-old “Psychofreak” singer and composer collaborated on the music “Take Me Back Home” for the docu-series Frozen Planet II.

Cabello rushed to Twitter shortly after the news of the collaboration was verified, stating, “My life is a dream.”

The song was composed for the long-awaited documentary series, which will be narrated by Sir David Attenborough.

Also Read: Britney Spears Was Seen Dancing In Swimsuit Before Her Collaboration With Elton John!

Here is what Camila Cabello shared about her Collaboration with Hans Zimmer.

“A mesmerizing six-episode voyage across Earth’s stunning frozen places, including the north and south poles,” according to Frozen Planet II.

“To be able to combine my passion for the world we live on with my music is a dream come true – let alone working with the icon that is Hans Zimmer,” Camila stated in a statement. “Frozen Planet II is breathtaking, and Sir David’s narration is profoundly moving as we work to conserve these amazing ecosystems from global warming.” I’m honored to be able to contribute my voice to such an uplifting series.”

“It was enormously wonderful creating and recording ‘Take Me Back Home’ with Camila and realizing that her musical abilities are as tremendous as her voice,” Hans remarked.

The Bleeding Fingers team and I consider myself extremely fortunate to have been granted the opportunity to score such a groundbreaking and significant natural history monument as Frozen Planet II.”

“Take Me Back Home” will be published on Friday (August 26), along with the teaser for Frozen Planet II.

Aside from that, Cabello is presently working on a fashion spread and has just signed with Interscope Records, and she is wearing expensive attire chosen by stylist Valentina Collado.

Camila notably began her career at the age of 15 with Fifth Harmony, who finished third on the second season of Fox’s The X Factor in 2012.

Cabello, who departed the girl group in 2016, is presently the coach for the 22nd season of The Voice, which airs on NBC on Mondays and Tuesdays.