The Australian actor Liam Hemsworth was recently spotted with his girlfriend Gabriella Brooks at the airport while trying to catch a flight. 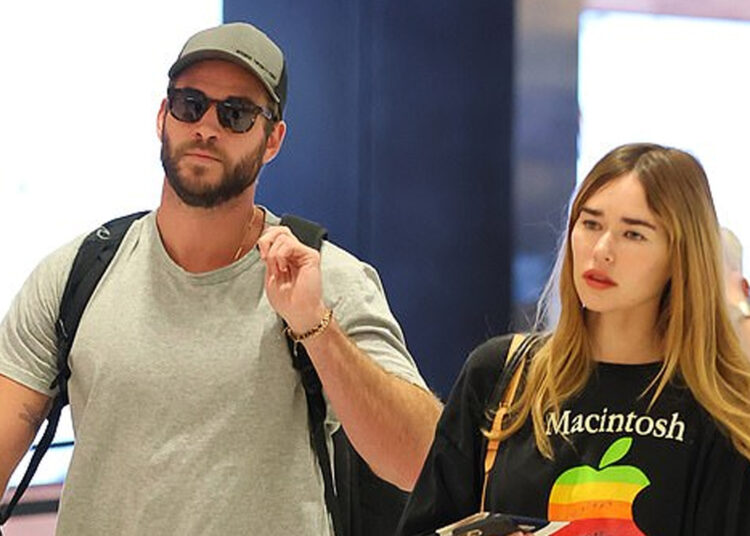 Liam Hemsworth, the Australian actor was very recently spotted with his girlfriend Gabriella Brooks. The major thing about all the spotting scenes is that they happened after Miley Cyrus uploaded a song about Liam and her feelings for him.

Where was he spotted? Who’s Gabriella Brooks? What did Miley Cyrus say in her song for Liam Hemsworth? Here are the answers to these questions.

About Liam Hemsworth and Gabriella Brooks

The couple was spotted in Sydney, Australia. The 33-year-old actor Liam Hemsworth and his 26-year-old famous Australian model girlfriend Gabriella Brooks were trying to just enjoy their time and not be detected by anyone around them. But a paparazzi found them and clicked the couple’s great time together.

The couple was spotted at the airport and had tons of bags with them. Looks like the couple is flying somewhere to have some intimate time together.

Talking about the outfits that the couple was wearing, Liam cozied himself up with a casual look. He had a pretty normal and plain grey t-shirt. To make it more casual and avoid all the paparazzi, the actor wore a baseball hat and big sunglasses.

Gabriella on the other hand decided to go all black. She wore a Macintosh sweatshirt. Gabriella had black pyjamas on. She covered her feet with black boots to give an extra sassy look to her outfit.

The couple was captured together multiple times while entering the terminal. They seemed to rush to the flight so that they could avoid the paparazzi.

The couple has completed 3-4 years of togetherness since they started dating in 2019. They have made quite a few appearances in public together. They always like to hide from the gossipy media but the paparazzi find them anyway.

But since Miley dropped a song for her ex-husband Liam, the couple was spotted for the first time.

Also Read: Phoebe Bridgers was supported by Bo Burnham after her father’s Death

About Liam Hemsworth and Miley Cyrus

The singer talks about his failed relationship with Liam in a heartbreaking way. She expresses her feelings about how she didn’t want to split up with the Australian actor but she’s now better off without him.

The lyrics of Miley’s song go as follows –

I didn’t want to leave you

Started to cry but then remembered

I can buy myself flowers

Write my name on the sand

Talk to me for hours