Phoebe Bridgers supported by Bo Burnham after her father’s Death

Phoebe Bridgers was spotted with her boyfriend Bo Burnham at the airport after a week of announcing her father's death through an Instagram post. 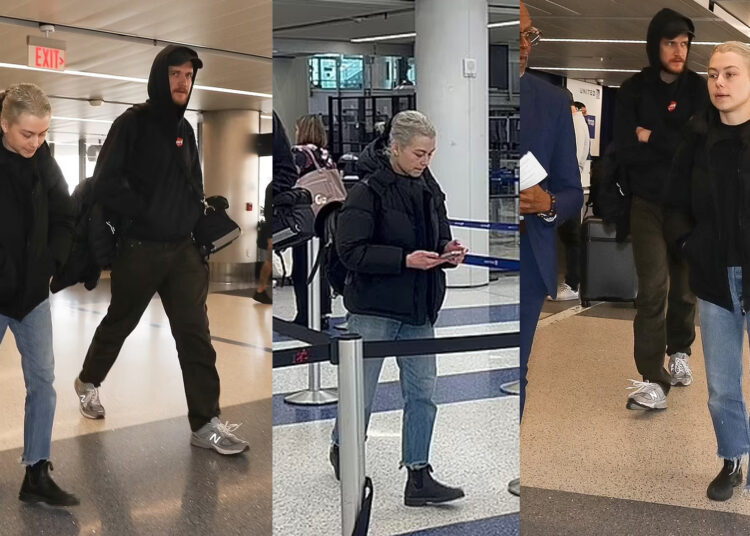 After a week of announcing her father’s death, the 28-year-old American singer and songwriter, Phoebe Bridgers was seen supported by her rumored boyfriend, Bo Burnham.

It must have been difficult for the singing icon to move ahead nowadays after her father’s demise. Maybe that’s why her love is giving all the support that she needs right now.

Where were they spotted together? Is Phoebe Bridgers doing fine? Who is Phoebe’s boyfriend Bo Burnham? Scroll down further to get the answers to these questions.

On Friday, January 13th, Phoebe Bridgers was seen with her rumored boyfriend, Bo Burnham at the airport. They were captured after a full week of Phoebe’s father’s death.

The American singer and songwriter tried to keep a low profile as observed by the outfit she was wearing. She wore a black fluffy winter jacket on top of a sweatshirt with light blue jeans and black boots. It was pretty clear on her face that she has cried a lot in the last week.

Her boyfriend Bo Burnham accompanied her with the same kind of outfit. He also decided to go all black as he passed the airport aisle. Bo wore a black hoodie and dark green pants with greyish sneakers. His head was covered with a baseball hat.

The actor was always a few steps behind Bridgers. Looks like he’s doing his best to keep his girlfriend as close to him as he can so that she never feels alone.

This cute couple is not very new to everyone. It was in December 2021 when Phoebe went online to post a heartwarming picture of the two on Instagram. Here’s the post that we are talking about.

With a no-caption post, Phoebe decided to let her picture speak in which we can see the actor Bo Burnham kissing his girlfriend. Phoebe can be seen happy as a child as she seems to be around the love of her life.

Phoebe Shares the News of Her Father’s Death on Instagram

This month, the singer of “Motion Sickness,” Phoebe Bridgers announced her father’s death through an Instagram post.

She wrote “rest in peace dad” as she posted a heartwarming picture where she seems to be sitting at a restaurant table with her dad.