Beyonce Performed After 4 Years In Dubai, Was Looking Beautiful In Yellow Gown!

Beyonce has finally decided to come on stage but for a private concert, here are the details!! 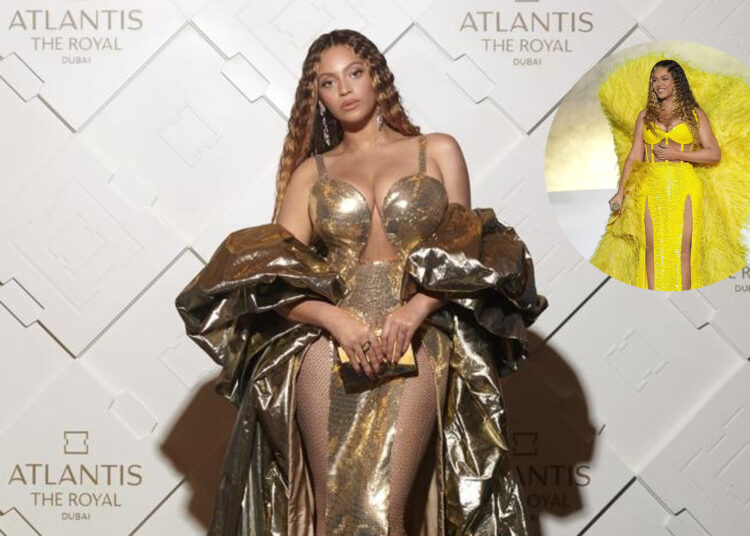 Beyoncé was looking beautiful in a yellow gown while appearing for the first-ever concert in 4 years. Nowadays we are seeing a lot of new celebrities or musicians coming up with unique concepts in their songs. They are also trying the same thing with fashion and in concert.

If we talk about some classical and old feature or the one that has already established itself on the ground then here is given the biggest example and decided to come back. If we talk about coming back then a lot of Hollywood musicians are ready to do it including releasing songs and coming on stage.

Something like this happened with Beyonce looking beautiful as ever in a yellow gown while appearing at a concert in Dubai. It all happened on 21 January 2023 when the news got quickly spread that she will have a private concert in Dubai.

This concert is the first ever concert that is going to be there in 4 years and that’s the reason why she was chosen for the grand opening of a very luxurious hotel called Atlantis The Royal with amazing dresses.

Here you can check out some pictures of Beyonce from her performance in Dubai.

A lot of videos and photos appeared on social media that showed her amazing dress. She was seen performing her song called Crazy In Love as well as Naughty Girl released in 2003.

When Beyonce started performing, the whole crowd went crazy and looked toward the superstar. She was maintaining the look with a yellow gown that came with a gorgeous appearance. It was also her red lingerie that came with her amazing makeup.

Because of this private concert, a lot of World Tour rumor also arrived. These all started when she decided to release her album called Renaissance. Because of this private concert that happened in Dubai, Beyonce is around with many rumors which also include a collaboration with Britney Spears. According to a source, these two beauties are going to come under a song however, fans have to wait for it.

If Beyonce not making headlines related to her songs and performance then she is making it with her husband Jay-Z. They both were seen a lot of time going on date or doing some shopping. Whether it is related to a casual outing or a date, we have seen both of them in amazing looks and fashion.