Amber Heard and her team of lawyers have filed a new case against her ex-husband, Johnny Depp. 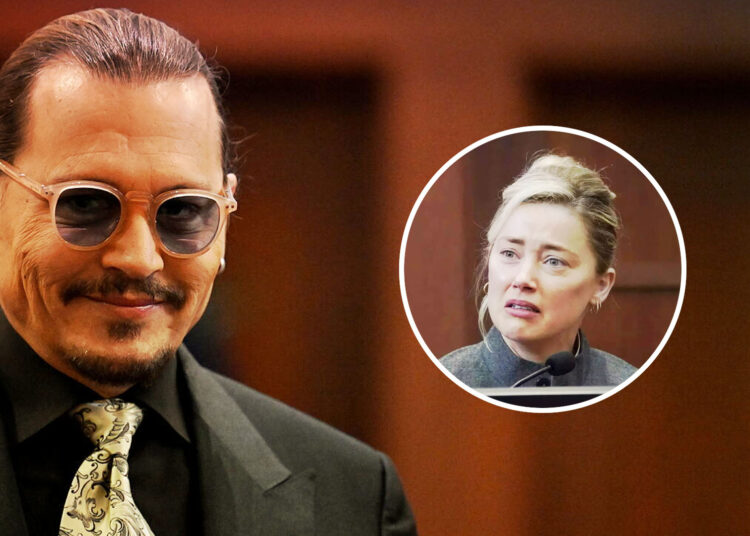 Amber Heard vs Johnny Depp, the court trial that attracted a lot of media attention as well as public attention can be back on its feet.

Amber Heard has reportedly filed a new case against her ex-husband Johnny Depp. What is it about? Will it go to the hearing phase? Read the full article to know more.

Amber Heard, the actress famous for starring in DCs ‘Aquaman‘ has once again filed a defamation case against her ex-husband, Johnny Depp. On what basis? Read further.

Amber Heard has claimed that the Virginia state battle that she lost was held in the wrong state. Is this enough to make Johnny Depp anxious or his calm and compound phase as in the Virginia state trial will continue? Comment down your opinion.

Amber Heard’s lawyer has issued a 68-page document regarding the same. You can read the document here.

In the document, Amber’s lawyer mentioned,

“Instead of suing Heard in California, where both parties lived and where Depp claimed to have suffered reputational harm, Depp sued in Virginia, a wholly inconvenient forum with no connection to Depp or any meaningful connection to his claims.

The trial court erroneously refused to dismiss this action on the ground of forum non-conveniens, based on its mistaken conclusion that Depp’s claims arose in Virginia because the Washington Post’s servers are located here,”

He added, “The trial court improperly prevented the jury from considering several separate instances in which Heard reported Depp’s abuse to a medical professional,”

The document also states that the case should have never gone to trial. The basis of this statement is that the United Kingdom High Court of Justice had already stated its ruling on the case brought by Depp that Heard’s abuse allegations were true.

Amber Heard’s team has clearly stated in the document that they either want the jury’s decision to be reversed or they want an entirely new trial.

The story so far on Amber Heard vs Johnny Depp has been pretty filmy. It started with a Washington Post article when Amber Heard called herself a domestic abuse survivor. Johnny Depp sued Amber for defaming him in the post.

The case ended in Depp’s favor as the jury found Heard’s arguments to be false and baseless. The court awarded Johnny Depp $15 million, $10 million in compensatory damages, and $5 million in punitive damages. Amber Heard was also awarded $2 million for a defamation countersuit.

Is there a revival coming up in the story of Amber Heard vs Johnny Depp? Comment down your answers below.