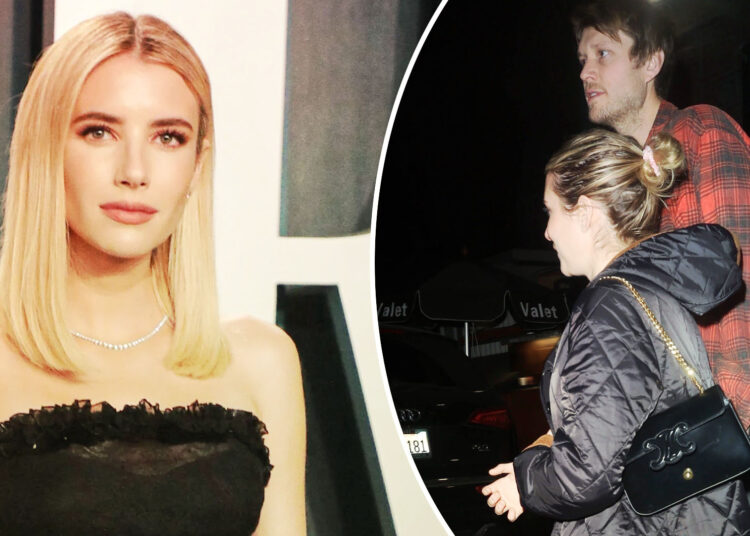 Emma Roberts is an American actress known for his works in films and television projects which are generally of the horror and thriller genres. She started her acting career with a debut crime film, “The blow” and gained recognition for her lead role as Addie Singer on the Nickelodeon television teen sitcom Unfabulous (2004–2007).

There was news that Cody John and Emma Roberts are in a relationship. They didn’t fail to show their love to the audience. Back in August Cody even shared a picture of the two kissing with the caption, “sweet sweet “.

Here you can have a look at the pictures of Emma Roberts and Cody John’s Dinner Date.

Recently, on November 30, Emma Roberts was seen enjoying dinner with her now Boyfriend Cody John in Los Angeles. A journalist has photographed them.

According to the snap, Emma Roberts looked casual yet jaw-dropping with a long black quilted coat, jeans, and black shoes. Meanwhile, Cody opted for a red and black flannel, gray graphic tee, and dark wash jeans.

According to insiders, the duo has met through friends in the industry. It was said that they are taking it slow when it comes to  Rhodes, Emma’s 22-month-old son who she shares with ex-Garrett Hedlund.”

Emma is cautious about bringing her son around new people,” the insider said at the time, “but knows the day will come soon.” Till everything falls in its place, the two are simply enjoying their company and are in love.