According to the reports, Johnny was near his friend when Jeff took his last breath. 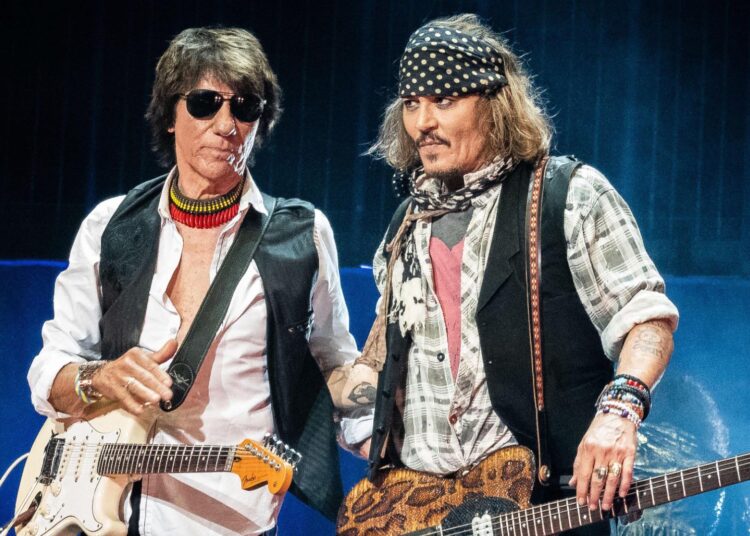 The American actor and musician, Johnny Depp, laments over the news of the death of his guitarist friend Jeff Beck. He was the founder of the Jeff Beck Group and Beck, Bogert & Appice.

Jeff Beck died on January 10 at the age of 78. It was revealed that Jeff died by contracting bacterial meningitis. The family of Jeff Beck has requested privacy since they are going through a hard time after the demise of their loving family member.

The ‘Pirates of the Caribbean‘ actor, Johnny Depp, who is a very close friend of Jeff, was beside him when he took his last breath. The actor is in deep sorrow after hearing the news.

One of the sources said, “The two were really close and had a strong bond, and this past summer while they were on tour together, they grew even closer. The illness developed quite quickly, and in the past few weeks, everything has gotten much worse. Johnny is still taking in this information. He is heartbroken.”

Also Read: Johnny Depp Was By The Bedside Of Jeff Beck When He Died!

Here Is What more Johnny Depp Said After His BFF Jeff Beck’s Death.

Along with this, there was also another statement that was shared on Jeff’s social media which says, “We share the news of Jeff Beck’s passing on behalf of his family with a deep and abiding sense of sadness.

Yesterday, he peacefully passed away after unexpectedly developing bacterial meningitis. During this difficult time of loss, his family requests privacy.” It was not only a hard time for his family but also for Johnny Depp as he was one of his closest friends of him.

He was given the Ivor Novello Award in 2014 by the British Academy for Outstanding Contribution to British Music. He received two inductions into the Rock and Roll Hall of Fame: once in 1992 as a member of the Yardbirds and once in 2009 as a solo performer.