Johnny Depp Was By The Bedside Of Jeff Beck When He Died!

Johnny Depp was there by the side of Jeff Beck when he left the world!! 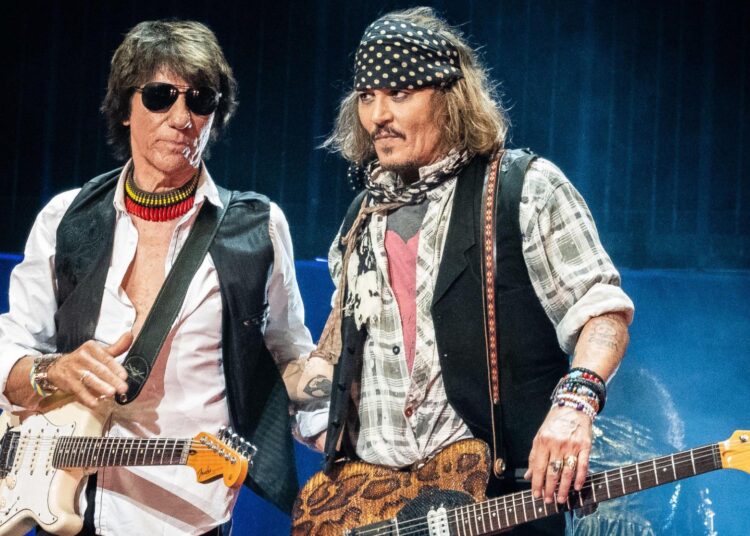 The actor Johnny Depp was by the bedside of Jeff Beck when he died. We have seen how the death of someone close to us totally devastates us. And the same goes for celebrities if their friends or family members leave them alone in the world.

Some celebrities left the world quite early and that’s the reason why we have seen how other celebrities who are close to them were left devastated. If we talk in particular and then the recent happening was related to the guitarist Jeff Beck.

The actor Johnny Depp was left devastated as he was near the bedside of his friend Jeff Beck when he left the world. He was not at all believe the death of the legendary guitarist at the age of just 78. According to the notes published, it was said that Johnny Depp was right beside the bed when the rockstar left the world.

Johnny Depp and Jeff Beck have shared a very close relationship of friendship. They were close and especially if one comes with the past summer then their friendship is glorified totally. They both were seen doing tours together and enjoyed amazing times. When it comes to the sickness of the guitarist then it came quickly into his life and became worst in the last couple of weeks.

Here is What Johnny Depp Said About Jeff Beck After He Passed Away.

When it comes to the current situation of Johnny Depp then he is still processing this news. They have spent many great moments in 2022 and also collaborated on the album called 18. The album was released on 15 July 2022 and came with the first single and also a music video that featured both of them.

When it comes to hitting the road then Johnny Depp came as a surprise performer in between his defamation lawsuit. He has also talked about how it felt to write songs or music with Jeff Beck. He said:

“It’s an extraordinary honor to play and write music with Jeff, one of the true greats and someone I am now privileged enough to call my brother.”

The love between them as a friendship was not at all one-sided but mutual. The guitarist himself has talked about Johnny Depp that how he became a major force on the record. He also talked about how people should take him seriously as a good musician because it is very hard for some people to accept him as a musician and one who can slay Rock and Roll.

The death of Jeff happened on 10 January 2023 after coming in contact with bacterial meningitis. The official news came with his Twitter account on 11 January 2023 from his family. His family has asked for privacy while going through this loss.