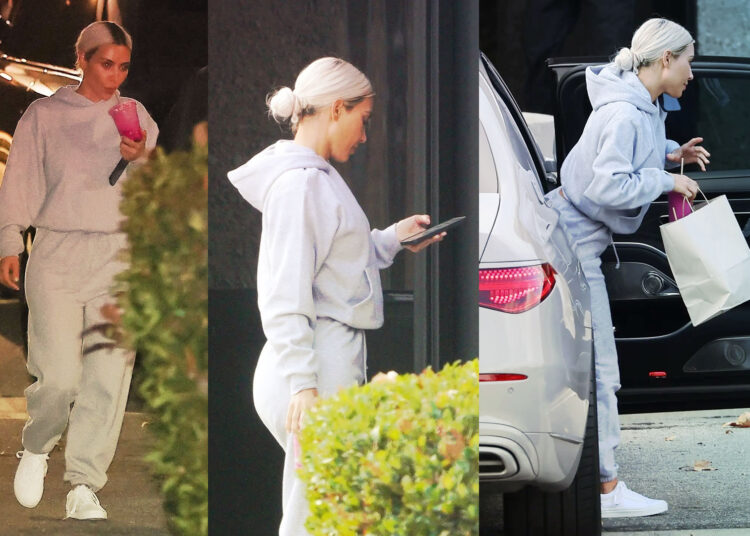 The time after Kim Kardashian finalized her divorce from Kanye West, the whole Kardashians family gathers for a family meeting. It happens between people that a family gathers to solve a lot of things if life is going with many ups and downs.

Whether it is related to dating life or career choice, no one can be better at criticism and appreciation than the family. Something like this has recently happened with Kim Kardashian who has finalized her divorce from Kanye West.

When the whole family Kardashians got aware of the situation then they came together with the support of Kim Kardashian. These family members were gathered at the recording studio of Travis Barker on 28 November 2022.

It was a Monday night when Kim Kardashian and Kanye West finalized their divorce almost after 2 years.

Here you can have a look at who showed up for Kim Kardashian and Kanye West’s Divorce Finalization.

The Los Angeles Court announced these things that soon became public. Coming to a meeting the subject of the meeting is unknown but, surely, it was around the divorce. As per the photo, Kim Kardashian arrived at the recording studio in a grey hoodie and matching sweatpants.

Her platinum hair was also seen pulled back and tied in a bun. She was wearing a sweatsuit with white sneakers when she directly entered the studio. Coming to the family members who are seeing gathering at the place then 38-year-old Khloe Kardashian was also seen in black.

The eldest sister, that is Kourtney Kardashian was also seen hand and hand with her husband Travis Barker who is 47 years old. He was wearing a plain black t-shirt and pants while his wife was also wearing black pants with a black jacket.

These gatherings would be incomplete without the mother Kris Jenner who is 67 years old. She was smiling while entering the studio in black casual outfit and platform shoes.

The couple were married for 6 years and got separated in February 2021. After the separation, Kim Kardashian was in news related to her dating life with Pete Davidson who is right now dating Emily. And when it comes to Kanye West then he was with Julia Fox as well as Chaney Jones.