Pete Davidson is serious about Emily Ratajkowski as he called her the girl of his dream, and wants to take things slow! 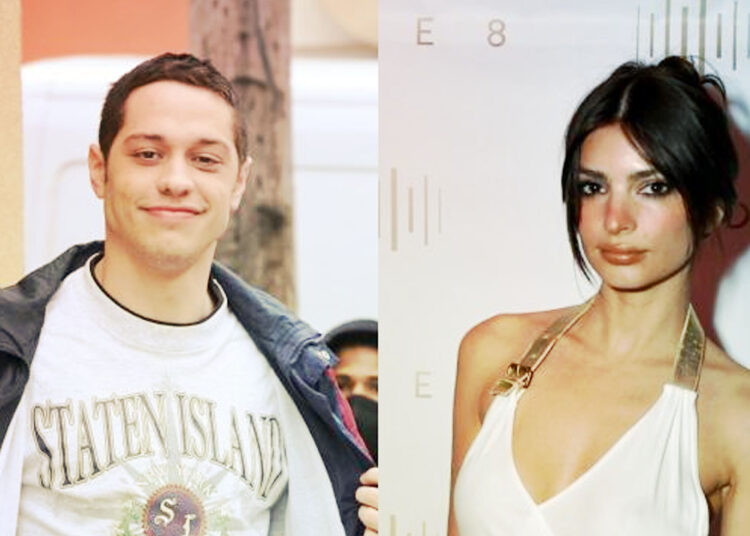 After dating so many celebrities, Pete Davidson thinks that Emily Ratajkowski is the girl of his dreams. There are a lot of celebrities that are rumored to be dating but when it comes to the official announcement then it is not done. However, their back-to-back appearance in an outing is giving a stamp to all these rumors.

Talking about the celebrities of Hollywood, a lot of actors and models, as well as comedians, are standing in line.

“After spending Thanksgiving together and then going to the New York Knicks game together, it is more than obvious to anyone who knows Pete Davidson that he is completely into Emily Ratajkowski.”

The couple are dating each other for a couple of weeks but when it comes to the confirmation then their recent outing revealed it. It was recently when both of them attended Friendsgiving together.

Coming to the dating life of Pete Davidson then he is known for dating big names from Hollywood that includes Kim Kardashian and Ariana Grande.

According to a recent romance, Pete Davidson talks about Emily nonstop to his friends. He has told a lot of people that she is the girl of his dreams and as for right now he is not going to see anyone else. The same is happening with Emily who also feels attracted to him and not to anyone else.

According to the source: the mother “wants the same things that Pete wants, ultimately, which is to find someone to spend his life with and have a family. It is too early to talk about all of that, but Amy told him that you gotta start somewhere”

This new romance comedy comes after 3 months of separation from a 9-month-old relationship with Kim Kardashian. The couple was very much publicly about their relationship, whether it is related to the social media presence or the presence at events.

But when it comes to the current relationship then Davidson doesn’t want much attention as he wants to keep things very private and down to earth.