In terms of finding movies or TV shows, Netflix continues to be one of the greatest options. Netflix has a huge selection of amazing movies. 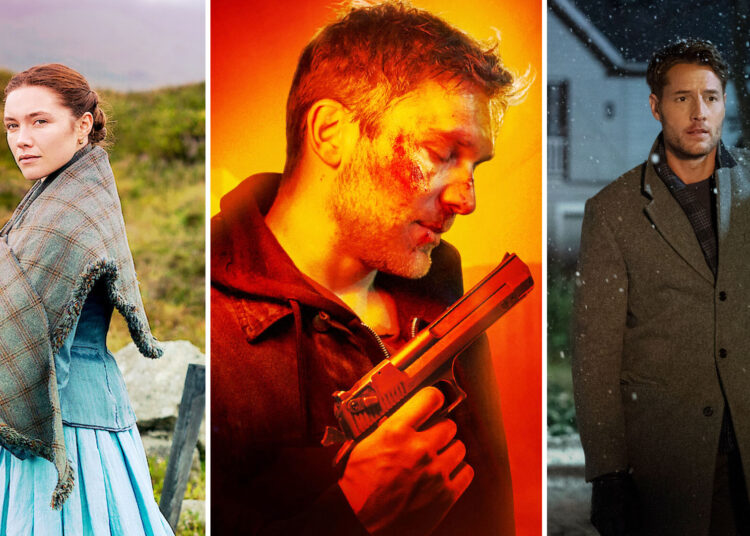 You might be wondering to how to start your week so here we’re with the Top 10 Movies on Netflix for this week.

We have access to a vast number of streaming options, but not all of them live up to our expectations. Because of this, we frequently refer to the list of the Top 10 movies available on Netflix.

In terms of finding movies or TV shows, Netflix continues to be one of the greatest options. Netflix has a huge selection of amazing movies worth checking out, thanks to a mix of exciting current movies and an archive of older classics.

There is truly something on Netflix for everyone, which explains why it has been so profitable and well-liked for so long. There are many excellent movies available to watch on Netflix, even if it hasn’t yet taken home the Best Picture award.

Because of this, we have collected a list of all of the best movies that are available on Netflix below for you, so that you can stop searching and start watching as soon as possible.

Francis Lawrence is the director of the 2022 American fantasy adventure film Slumberland, and David Guion and Michael Handelman are the writers of the screenplay. Netflix released Slumberland on November 18, 2022.

The reviews that it garnered from critics were mostly mixed. The protagonist of the tale is a courageous young orphan who embarks on a perilous trip through a kingdom of dreams in search of a priceless pearl that will grant her deepest desire.

The Noel Diary is a brand-new romantic drama film that debuted on the well-known streaming service Netflix on Thursday, November 24, 2022. The movie was based on the same-titled novel by renowned American author Richard Paul Evans.

Since the film’s release on Netflix, it has received a good deal of excellent feedback from viewers who enjoy its cinematography, compelling plots, and engaging lead acting.

The Swimmers is a biographical drama film released in 2022 and directed by Sally El Hosaini. The screenplay for the film was written by both Sally El Hosaini and Jack Thorne.

The protagonist of the tale is a teenage Olympian refugee named Yusra Mardini who, along with her sister Sara, carried a dinghy of refugees across the Aegean Sea to safety.

In the Polish-language thriller Lesson Plan, a former undercover agent takes a job as a History teacher at a small high school in order to bring down an entire drug cartel.

Piotr Witkowski plays the title role of the crime-fighting cop in this film directed by Daniel Markowicz. In addition, the film’s screenplay was written by Daniel Bernardi, and it has a total running time of one hour and thirty-nine minutes.

The Wonder is a Sebastián Lelio-directed psychological period drama movie from 2022. Written by Emma Donoghue, Lelio, and Alice Birch, the screenplay was adapted from Donoghue’s novel of the same name, which was published in 2016.

The story centers on an English nurse who is sent to an Irish town to examine a young girl who appears to be able to exist without food.

Falling for Christmas is a 2022 Christmas romantic comedy film that will be directed by Janeen Damian, who will be making her directing debut. The screenplay for the film was written by Jeff Bonnett and Ron Oliver.

Falling for Christmas, a holiday romantic comedy starring Lindsay Lohan topped Netflix’s list of the top 10 English-language movies from November 14 to November 20. A total of 37.85 million viewing hours were accumulated for the movie.

This romantic comedy about the holidays centers on an aging pop artist named Angelina (Aimee Garcia), who decides to collaborate on a Christmas song with Miguel (Prince Jr.), a single father and music instructor, in an effort to earn back the respect of her record label.

Although the ending is nice and romantic, the narrative is not solely about romance, as the genre might imply. It is brief, sweet, and somewhat predictable.

The Netflix original film “Christmas on Mistletoe Farm” tells the tale of Matt Cunningham, a single parent who relocates his family to a beautiful village for the holidays.

This occurs as a result of his inheriting a farm in the neighborhood. The Christmas-themed, feel-good comedy movie makes the most of the joyous atmosphere that permeates the entire world.

In the movie, Enola visits London in search of her mother, who is missing, but instead finds herself on an exciting adventure with a fleeing lord as they work to unravel a mystery that threatens the entire nation.

Who’s a Good Boy? is a romantic comedy movie that Ihtzi Hurtado wrote and directed. Sebastián Dante, Sirena Ortiz, and Harold Azuara are among the cast members.

The movie lasts for 95 minutes in total. This film follows Chema as he eagerly anticipates dating the hottest girl in his school, only to discover that he has instead become her pet.