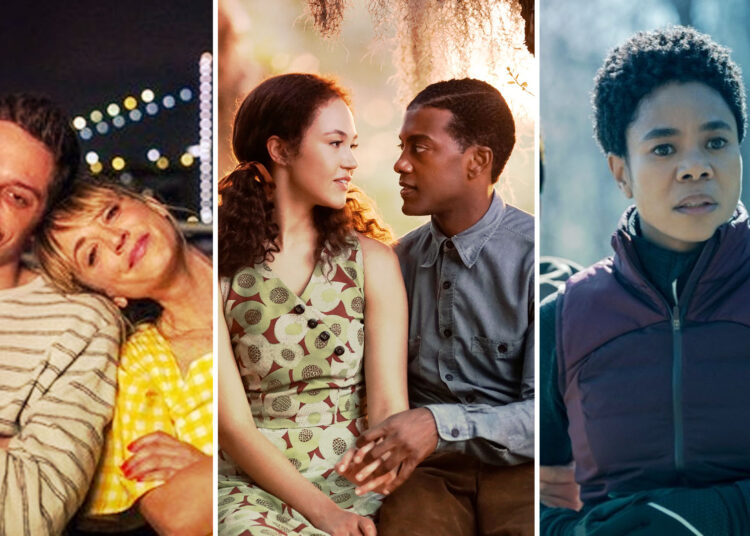 The upcoming sci-fi comedy mystery movie ‘They Cloned Tyrone is directed by Juel Taylor. This film marks his directorial debut in a feature film.

The plot of the movie revolves around a trio who are very unlikely to get together and make a bond. But they become compelled to do so under the pressure of a number of unexpected eerie incidents. They find themselves involved with a villainous government conspiracy and a pulpy heist.

The production of the movie began in 2019 with the cast selection. Primary photography began in December 2020 and occurred in Atlanta, Georgia. The first trailer aired on September 24, 2022.

Any particular release date is yet to be announced for the movie. But it is certain that Netflix will release it.

Though the plot of this film is not exactly like ‘They Cloned Tyrone’, here also two unlikely people become friends here too and embark upon an unusual journey. The movie is inspired by ‘Little Nemo in Slumberland, a comic strip by Winsor McCay.

The plot revolves around a young girl Nemo’s journey in the world between dreams along with a con artist named Flip. Marlow Barkley and Jason Momoa have portrayed Nemo and Flip respectively. The movie was released on November 18, 2022, on Netflix.

Carey Williams has directed this comedy thriller movie that is adapted from a same-named short film of 2018.

The plot follows three college students discovering an unconscious woman inside their apartment and trying to lead her to safety without attracting suspicion.

The movie premiered at the Sundance Film Festival on January 20, 2022, and was later released in the United States on May 20 this year.

This is a romantic comedy movie that follows a young woman Sheila coming across a time machine and relieving her best date night of the past which leads her to try to meddle with the present and future.

Kaley Cuoco played Sheila in the movie. The movie released on September 21, 2022.

Ariel Schulman and Henry Joost have directed this American superhero comedy movie. The plot follows Charlie and his friends’ discovery that the powerful superhero The Guard is actually Charlie’s father.

Walker Scobell played Charlie in the movie. It released on August 12, 2022.

Charles Murray has directed this movie that centers around Ex-con artist Marcus Cowans’ discovery of his brother’s involvement in a horrific crime as the family comes across an experienced yet jaded detective.

Malik Vitthal has directed this movie that follows a reformed gangster as he finds his devotion towards his family is tested after his release from imprisonment.

The movie was released at the Sundance Film festival on January 20, 2014, and won the Audience Award at that festival. It was released on Netflix on February 3, 2017.

Charles Shyer directed this romantic comedy movie that is based on the same-named book by Richard Paul Evans.

The plot revolves around a best-selling author’s homecoming to the estate of his mother at Christmas only to discover a diary holding secrets involving the past.

Mariama Diallo has directed this psychological horror thriller movie. The plot surrounds three women who are struggling to secure their place at the prestigious New England university when they find out that something sinister is lurking there.

Regina Hall, Zoe Renee, Amber Gray, Molly Bernard, and Nike Kadri starred in the film. It premiered at the Sundance Film Festival on January 21, 2022, and was later released in the United States on March 18.

Margaret Brown has directed this documentary that follows the survivors from Clotilda as they take command of their heritage and legacy and the arrival of the last known slave ship offering them a link to their ancestors.

Tyler Perry has directed this American drama movie that is set in the deep South and follows a forbidden love story and family drama. The plot also focuses on an unsolved murder mystery that involves a series of secrets and lies for forty years.

It premiered at the Toronto International Film Festival on September 11, 2022, and was later released in the United States on September 23 this year.