The Swimmers Releasing Soon on Netflix

The plot of the Swimmers is based on the real-life heroic story of two sisters namely Sisters Yusra and Sara Mardini whose home country is Syria. 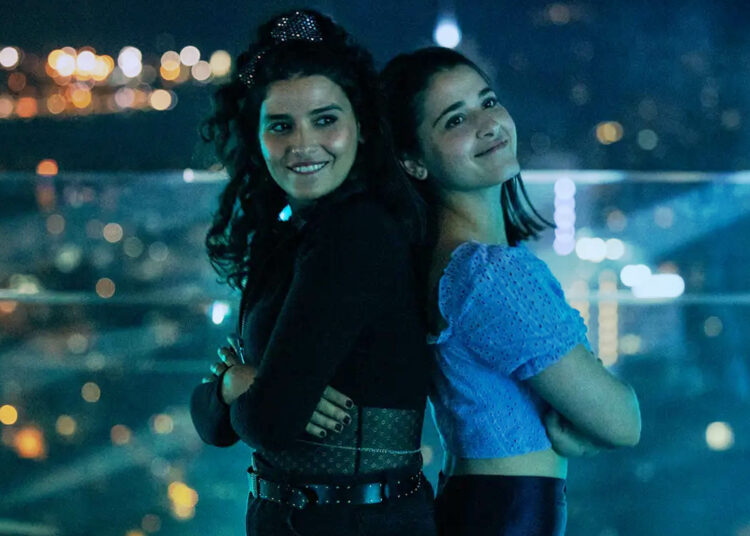 The Swimmers is a movie about two refugee sisters who participated in Rio Olympics 2016 and it is soon going to be streamed on Netflix. The storyline of the movie is nonfictional and very inspirational in nature.

It Highlights the life story of two refugee sisters namely Yusra and Sara Mardini. The movie depicts how the two sisters fled from the civil war happening in Syria in the year 2015 and also helped save the lives of their fellow refugees at the same time.

Just 1 year after going through so many heart ships in life one of the two sisters participated in the Rio Olympics as a part of the Refugee Olympic team.

After reading this short introduction about this inspirational movie you must be having many questions in your mind that need to be answered so read this article till the end!!!!

Release date of The Swimmers:

The Swimmers is going to be released on the streaming platform Netflix on the 23rd of November 2022, Wednesday.

But the film has already been streamed at the Toronto Film festival on the 8th of September 2022.

If you are wondering whether there is a trailer for the movie or not?? let me make you clear that yes there is an official trailer of The inspiring and motivational movie which has been released by its makers just 2 days before its premiere at the Toronto film festival on the 6th of September 2022.

To access the trailer of The Swimmers clicks on the link above:

Premises of The Swimmers :

The plot of the Swimmers is based on the real-life heroic story of two sisters namely Sisters Yusra and Sara Mardini whose home country is Syria. But their life took a dramatic turn when there was a civil war in Syria back in the year 2015 and they were forced to leave their home and even their home country.

After leaving their home country they move to Lebanon and then to Turkey from where they were transferred to Greece on a dinghy.

But when all the refugees were being transported to Greece they were in the middle of the Aegean sea and the engine of the ship failed and then willingly the two sisters along with a few more people who know swimming saved the lives of all the refugees who were present at that time in the ship.

I am just 1 year after the event happened one of the sisters you completed in the Rio Olympics 2016 as a participant.

They will be many more actors in the movie which we could know when we see it.

The Swimmers has been shot in some exclusive locations like Turkey, Belgium, and the UK. So we are going to be witnessing the beautiful scenarios of all these countries.